The last example will leave the factory this year. For the American market there will be no 2017 model, and in Japan the Final Label Edition says it all. The CR-Z was launched in 2010 as the only "sporty" hybrid, with a six-speed manual transmission, decent power, two seats, two useless pseudo-seats, a decent trunk, and a very different aesthetic from the usual compact cars. Honda didn't know how to sell it, and it didn't appear at the best possible time.

The hybrid technology of this car is totally outdated, but in a way it was like driving a Civic Type-R on the sly, with fuel consumption worthy of a rattling three-cylinder, and without giving up the lever and the third pedal. It's a shame, but that's how this business works. When few units are sold, or it is at a very high price, or the accounts do not come out. And this car wasn't exactly cheap. 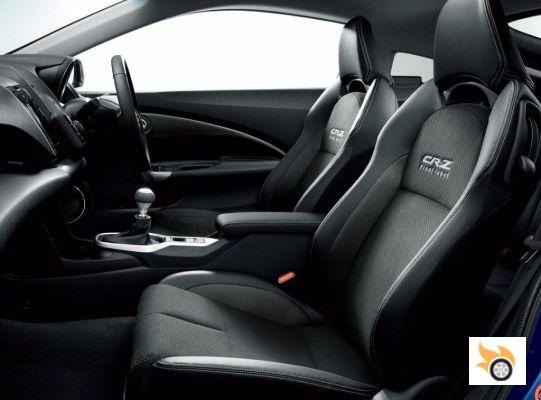 Anyway, I have one consolation. Of all the Taliban and fans in the automotive world, Honda's are some of the most loyal to their beliefs, bordering on fanaticism. In the end, the CR-Zs that swarm our country will most likely end up in the right hands, even if they're not brand new and don't have very few miles on them. Over the years those who have owned one have spoken very well of it, and I myself have a good memory of the car. I only know of ONE case of dissatisfaction, a mid-priced breakdown in five years.

If you come across a CR-Z, look at the driver, he'll probably be very happy; you might envy him.


Honda Clarity to arrive in the West before 2017 ❯

add a comment of Honda CR-Z says goodbye this year