Lamborghini Aventador S takes off the roof in Frankfurt

The engine is the traditional V12 of the brand with a maximum power of 740 hp at 8,400 RPM and 690 Nm of maximum torque at 5,500 RPM. The displacement is 6.5 liters and avoids supercharging to obtain the power, so it delivers the force in a more linear and progressive than a turbo engine. This engine is located in a central position and we can see it through a carbon fiber rear window that can be transparent optionally.

It increases its weight by 50 kg compared to the closed version. Performance is practically identical to the closed-roof version, with acceleration from 0 to 100 km/h in 3 seconds -one tenth of a second less than the coupe- and a top speed of 350 km/h -the same as the closed version-. To achieve these performance figures the Aventador S uses a seven-speed robotised manual gearbox called ISR and all-wheel drive. It also equips the four-wheel steering system. 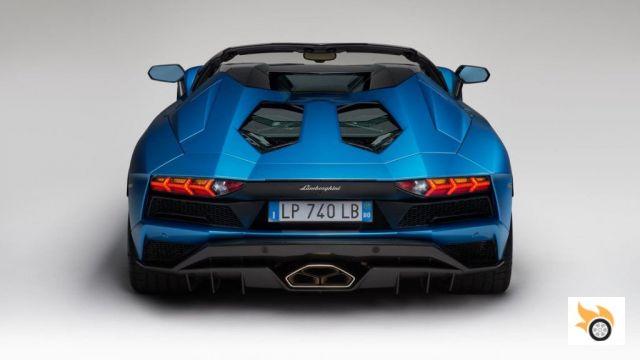 To stop this beast, we have a system of ceramic brakes as standard, which are visible behind the wheels, which can be 20 or 21 inches and are mounted on Pirelli P Zero tires, designed specifically for this model.

There are four driving modes to choose from: Strada, Sport, Corsa and Ego, the latter of which allows you to change the various adjustable parameters to your liking.

The hardtop is manually removable in two pieces and can be stored in the front trunk. According to the brand, the weight of the disassembled roof is less than six kilograms. It also has an electrically operated glass behind the seats that acts as a windbreak. The cover that gives access to the engine is made of carbon fiber sheets of the same color as the bodywork and can optionally be replaced by a transparent one that leaves the engine in sight.


In the interior the predominant materials are leather and alcantara and we can choose exclusive materials for the interior such as carbon fiber, in addition to various colors of upholstery. 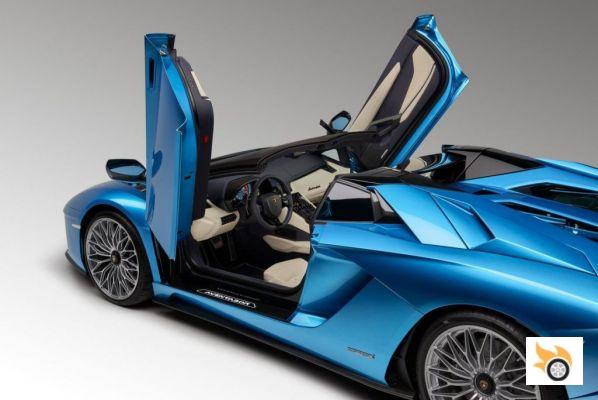 The first units will be delivered in February next year, with a price starting at 425,802 euros, which is almost 45,000 euros more than the version with closed roof.