The i30 Wagon, designed, developed, tested and built in Europe - just like its five-door version - comes with a big fact up its sleeve. It has one of the largest boot sizes in the segment: 602 litres, which can grow to 1,650 litres with the seats folded down. The Wagon version of the latest i30 is 245 mm longer than the recently launched hatchback, but shares the same 2.65-metre wheelbase. In terms of overall length, it measures 4.58 metres and the width remains at 1.79 metres.

Despite this family body, according to the design team has sought a line as close as possible to a coupe. The headlights and LED daytime running lights add a bit of style to the whole, in addition to the adoption of the "waterfall" grille already available in other models of the firm. 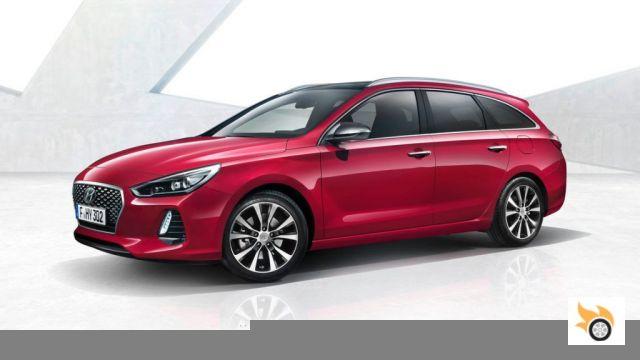 As for the interior, while no images have been shown, it will be virtually identical to its five-door version. The most notable thing we know is that it will include an eight-inch touchscreen from which the entire multimedia system will be controlled and will be compatible with Apple CarPlay, Android Auto and Live Series. In addition, the user will be able to choose from different audio options, including the audio system with a five-inch capacitive LCD capacitive touchscreen with rear view camera, Bluetooth connectivity and My Music functionality. A wireless charging mechanism for mobile phones will also be available.

The vehicle will feature a range of small displacement turbocharged petrol and diesel engines that will offer a "dynamic and efficient" driving experience, according to the brand. There will be a choice of two petrol engines and one diesel. Of the first will be the three-cylinder inline turbo 1.0 T-GDI of 120 hp and the four-cylinder, also turbocharged, 1.4 T-GDI 140 hp. Of the latter, only the 110 hp 1.6 CRDi block will be available (in the 5-door version of the i30, this 1.6 CRDi engine is also offered in power levels of 95 and 136 hp). All have a 6-speed manual transmission, although some may opt for a seven-speed dual-clutch automatic transmission.

Not that sportiness is a very relevant aspect for this car, but still Hyundai has done the tuning on the Nürburgring circuit. The South Korean firm claims that the torsional rigidity of the body has increased by 53%, all with a lighter weight and various improvements in driving, such as a 10% more direct steering and the use of higher quality steels. 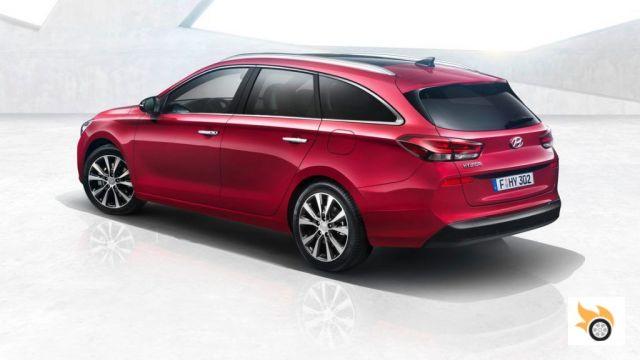 In terms of safety, there are numerous driving assistance systems. Among them are the autonomous emergency braking system, the pedestrian recognition system, the driver fatigue device, blind spot detection and adaptive cruise control. Later we will know the prices and details for the Spanish market.