Holden Commodore, another victim of globalisation 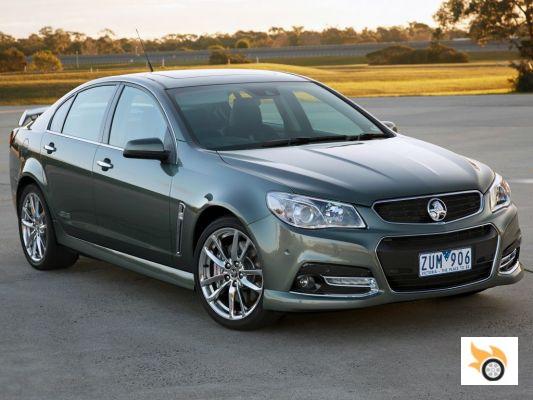 High-performance-loving Australians will notice it the most. Rear-wheel drive and V8s will move to - at best - V6s and all-wheel drive. More mainstream versions will use front-wheel drive and four-cylinder engines. It's already the norm in these parts, but it will be a bit of a shock there.

The Commodore had been made in Australia since 1978, and the current generation (VF) has been exported to the US as the Chevrolet SS, and to the UK as the Vauxhall VXR8. Because of the right-hand drive, there was no Opel version, and with the car taxes that are so prevalent on the mainland - and the high export price - the Insignia OPC was enough for us. It's a shame to lose "biodiversity", but that's the way this business is.

The same thing is going to happen to the Australian Ford Falcon, because all the factories in the country are closing in a matter of months. The latest to go are General Motors, Ford and Toyota, and before that Mitsubishi. Australia is one of those first world countries where life is so good that it is no longer interesting to produce cars. Holden becomes a brand entirely of rebranded cars that come from other countries. As for the more local models, such as the UTEs (saloon-based pick-ups), they will probably disappear.

RM Car Design's digital recreation doesn't exactly look bad, and it anticipates some stylistic features of the Insignia Grand Sport, the sedan. In terms of technology and equipment, the Insignia/Commodore will be much better equipped than its predecessor, given all the technological gadgets of the German model. Better equipped, more fuel efficient, more rational... but less Australian, with less character and less history. The price of the last Commodore VF with V8 engine will be very interesting in the medium and long term.

add a comment from Holden Commodore, another victim of globalisation