France to stop registering petrol and diesel in 2040

This time it is France that will say "no" to petrol and diesel in a couple of decades, and not only that, the country will be emission neutral by 2050. The latter means that all CO2 emitted into the atmosphere will be offset or captured in some way. Long before that, Norway and some cities like Amsterdam want to eradicate internal combustion, we are talking about 2025. On that horizon there are large manufacturers who want to have 25% sales of plug-in models.

It seems a more rational goal than pretending that Germany will have one million registrations of electric cars in 2020. At the moment there is no ban of that scale announced at EU level, but some voices, such as the German Bundesrat, advocate 2030 to prevent new registrations. In that time plug-in cars can improve a lot, be more attractive in all respects, including economically. 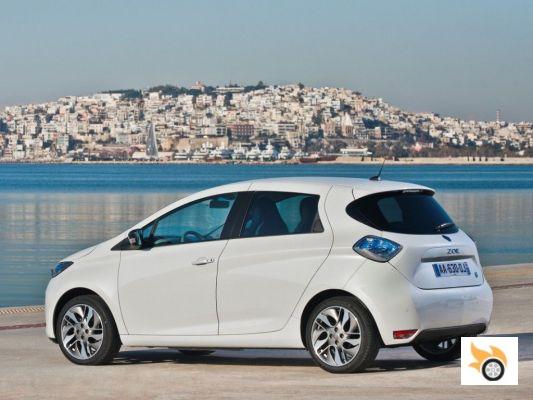 What the Environment Minister - Nicolas Hulot - has released these days catches Renault in a better position than PSA. The brand of the diamond has an important weight in sales of electric cars in Europe with the ZOE, and if we consider the Renault Nissan Alliance, they have real bestsellers: Nissan Leaf, Renault ZOE and Mitsubishi Outlander PHEV. PSA has only electric versions of the Berlingo and Partner, plus the electric triplets that were developed with Mitsubishi (Citroën C-Zero, Peugeot i0n and Mitsubishi i MiEV). The latter group needs to wake up a bit more.

France will go from being a country deeply in love with diesel to the opposite extreme. No new petrol or diesel cars can be registered then, and it remains to be seen under what conditions the rest of the fleet with conventional engines will be allowed to drive. Apparently the authorities will first of all help to ensure that petrol and diesel cars that do not comply with Euro 3 are removed from the market, and the owners will receive aid to buy a more modern car, even if it is a used one.


All this banning is all very well, if the change of model sought also includes aid to facilitate the transition. Whoever buys a modern car this affects less, the problems begin for older cars, which as they were homologated with much more lax standards, are those that generate more specific pollution (related to power or distance traveled). The current Euro 6 will be the penultimate ones to be discriminated, and the last ones, the non-plug-in hybrids.