The model presented is based on the modular VPA architecture. If you know Tesla's architecture, this is very similar: it is a "skateboard" type base, with electric motors on the axles, and the battery located on the ground between them. Everything is supported on a chassis where the suspensions are mounted. In this way, the bodywork can change, offering different models, but keeping the same power plant. In fact, the FF01 hypercar would use the same architecture as the FF91 family car.

As for the batteries, FF has signed an agreement with LG Chem to supply the cells. The set offers a total capacity of 130 kWh, enough to cover about 600 km according to the EPA test, quite realistic. Nothing is said about the chemistry of the cells, their voltage or current, so we can't deduce the battery's total voltage or its maximum discharge current. The Echelon inverters they use are designed and patented by FF. If you don't remember what an inverter is, you can refresh your memory here.

Regarding the engines, this is an all-wheel drive vehicle, with torque-vectoring or dynamic torque distribution to the rear wheels, so we can deduce that it has one engine on the front axle, and two engines on the rear axle, totaling 783 kW (1,050 hp). It is a barbaric power, very similar to that of the Rimac Concept One.

Obviously FF have thought about autonomous driving, and have equipped the car with numerous sensors: 10 cameras, 12 ultrasonic sensors, 13 short and long range radars, and the most innovative, a retractable LIDAR sensor located on the hood. And what is this? A simple laser that measures the distance to a specific point. If we give the laser vertical movement, we can measure distances in a line. And if we add to that the horizontal sweeping movement, we will be able to create a 3D map. With this, the vehicle's software must process the data and make the appropriate decisions. Why so many sensors? Because the car can move in very different weather conditions: day, night, rain, snow, etc. and where some sensors work badly, other sensors can do the job perfectly.


Moving on to the design section: just by looking at its measurements, and the "skateboard" type architecture, you can foresee that it will be very spacious. Its 5.25 m length, 3.2 m wheelbase, 2.283 m width and 1.598 m height leave more than enough room for five occupants and their luggage. Plus, the minivan-like design helps by making the most of the dimensions. When I saw it, I was immediately reminded of the design of another tall car, similar in exterior design: the DS5. 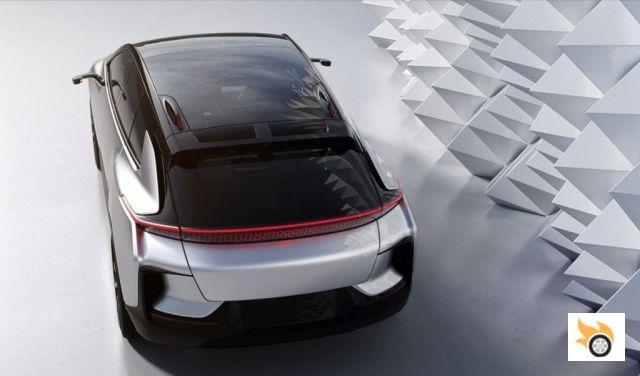 Its design takes on personality with the LED light signature, both front and rear. The truth is that you can like it or not, but what is undeniable is that it is a very original and differentiated design. As for price, FF does not give a figure, but seeing the capacity of the batteries, which is the most expensive component, we can talk about six figures almost certainly. They are asking for 5,000 dollars for early booking, Tesla did the same thing in its day to finance itself, and it continues to do so.

The presentation of this model may have been the most important in the short life of this company. To understand it better, let's look back at the history of FF.

Where did Faraday Future come from?

This company borrows its name from Michael Faraday, a 19th century British physicist, electromagnetism scholar and discoverer of magnetic induction. In his honor, the capacitor charge is named in "farads". In a way it reminds me of another car company that borrowed its name from Nikola Tesla... but let's get back to business.


The 43-year-old Chinese billionaire Jia Yueting, founder of telecommunications company LeEco, is behind the Faraday Future project, to which he has contributed his personal wealth since its inception in 2014. Since then, there have been many plans in which they have worked, from the FF91, the FF01 electric hypercar, the participation in Formula e or what should be the factory of these models in Nevada. 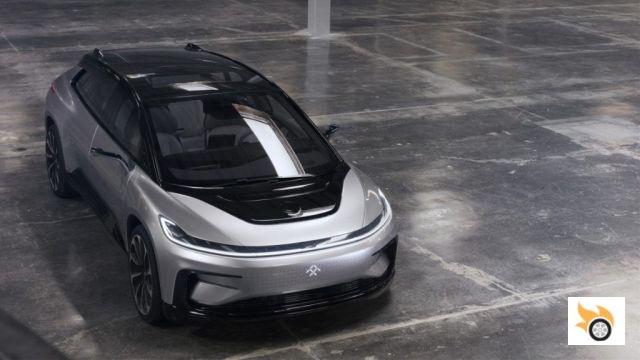 As you understand, to make a prototype ready for production requires many people. In the case of FF currently has about 1,400 employees, mainly dedicated to engineering work. Of course, the people have to work somewhere, so you also need an office building to house them. Apart from the people, the purchase of materials and subcontracting of parts for the prototype is another important item. What am I getting at? What this translates to is that it takes tens, hundreds of millions of dollars every year to make a working prototype, and to have all the drawings (and software) needed to be able to mass-produce it.

Although very high, this is not the biggest cost: it is to create the factory from which the models will come out. And if before we said that hundreds of millions of dollars were needed, in this case billions of dollars are needed. So, even if Mr. Yueting has a comfortable patrimony, it is always necessary to request credits from banks, investment funds and public entities to make such a project a reality.

This is where the complications begin, since in November 2016 the factory that FF had planned in Nevada was paralyzed sine die, as it did not get the necessary financing to build it. We know that it is difficult for the "money lords" to believe in a newborn start-up... if not, just ask Elon Musk and his suffering to get money during the first years of Tesla's life. But when you launch into the public arena, a news like this ruins your credibility, and you enter a negative spiral, where banks and funds stop believing in your project, so the chances of having funding are far away. 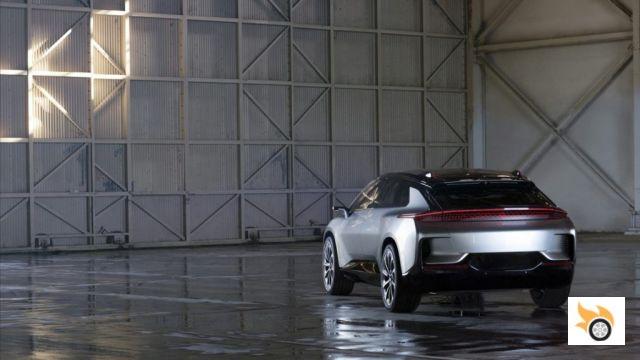 Not only the banks stop believing, but also the employees themselves who live the day to day: since October 2016 there have been reports of senior executives from all departments abandoning the ship. Until a few weeks ago, Marco Matiacci (ex-Ferrari) and Joerg Sommer (ex-Volkswagen), two of FF's top executives, resigned from their positions. To this must be added the suppliers who are taking legal action against the company for non-payment of about 10 million dollars. In other words, a negative spiral.

What is the reality of FF today? It has a piece of land in the Nevada desert, 1,400 employees and a working prototype of the FF91 (with some flaws that you can see in the video of its presentation) with about 64,000 reservations that theoretically translate into about 320 million dollars in cash. Although it is not entirely true, since you can make reservations from their website without any commitment.

Therefore, now Mr. Jia Yueting has a very difficult future ahead, to try to convince an investor of the benefits of the project, and achieve a very generous funding to carry it out. According to internal sources, the CES presentation was the "last bullet" to achieve the necessary financing and viability. Only with time will we see if it recovers from this negative spiral, the FF91 reaches production and become a company that can stand up to Tesla in the emerging and competitive electric car market. 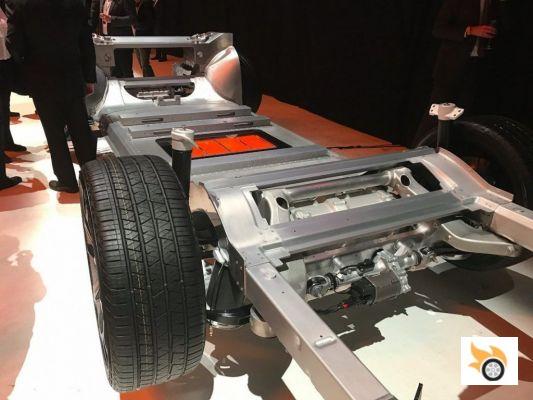 How much do you think a brand new Mitsubishi Lancer Evolution IX costs?

Get your DeLorean... in Lego

add a comment of FF91, the first working prototype from Faraday Future