Dreaming of a Nissan GT-R? Think long and hard about it 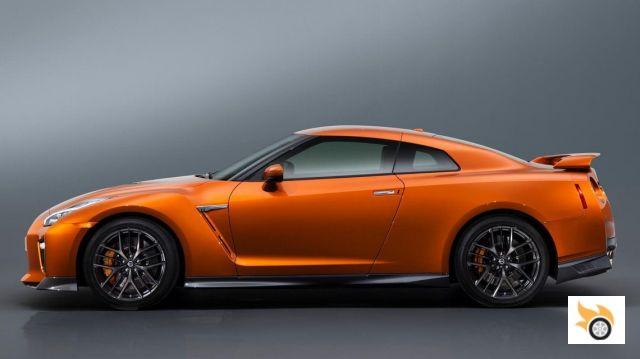 I came across a video by the well-known youtuber Marchettino (over 346,000 subscribers), who has had a GT-R for four months thanks to the sponsorship of a company that sells tyres. After having done 12,000 kilometers, he tells us about his experience and the pain of having such a car. He got the car used, nothing new, and it is ruining him.

In the case of the Italians, this car pays 6,000 euros a year in insurance (you only have to see how they drive there to explain that price) and another 6,000 euros in taxes (4,500 just for "excess power"). And without doing a single kilometer. In Spain it would be much less, my friendly insurer would let me with 33 years and 12 years of license in 2,350 euros at full coverage, 1,600 with an excess of 200, or 670 if I only want the ultra basic coverage to let me drive with it (it's only twice what they would ask me for the Prius). You only have to pay the IVTM, 112 euros a year in my town hall, one of the cheapest in the Community of Madrid. I've made the budget with a used GT-R from 2009, one of the first to arrive, with 485 hp.

Tyres are another funny part, as they last between 3,000 and 10,000 kilometres, and replacing them costs between 1,250 and 1,750 euros. Of course, you can use cheaper brands, you can choose the mode of suicide that suits you best, we live in a free country. And the brakes? It's a heavy and powerful car, and it bursts them, every 4,000-8,000 kilometers it eats the pads, 600 euros; and the discs are another 3,000 euros. Efficient driving and not using the brakes except to crash becomes very attractive.


The revisions are also going to bleed us, he speaks of 450 euros every 10,000 km, and that's without getting into circuit. In Spain we can put it at 300 euros the simple review and 1,000 the full, that's if we do it in an authorized Nissan center. Surely in Norauto or Feuvert will be cheaper, but if we consider that Nissan has mechanics trained exclusively for that car, and compare it with brands like Porsche, it will seem like a bargain.

At the end of the year, it's several thousand euros. Meanwhile, if we bought it for around 50,000 euros, we will see how the passage of time and depreciation mean that we have thrown away another few thousand when we get rid of it. It is one of those cars that make you the happiest man in the world on two occasions, when you buy it, and when you sell it. In between there will be a few days of ecstasy, and the rest will be torment.


If I haven't been depressing enough, you can check the USPI of the Nissan GT-R, published in the old Autoblog Spain, which will surely take away the desire to have this car. At 1:18 scale it's very cheap, and you only have to make one payment, unless it falls to the ground. If one day I receive a kind invitation from a sponsor to do a four-month test with this car, they will probably find me after a few days in the deepest ravine, with my seatbelt on, and clinically dead. I will be out of the way in style.

Subaru will continue to make inroads with a refreshed lineup ❯

add a comment of Dreaming of a Nissan GT-R? Think long and hard about it