The range will consist of the Compass Sport, Latitude, Limited and Trailhawk.

The Jeep Compass will be offered with front or all-wheel drive worldwide, with three petrol and two diesel engines (depending on market). In addition to the six-speed manual gearboxes, it may have a six-speed Aisin automatic transmission for the 4×2, while the 4×4 will only opt for the nine-speed gearbox.

On the rear axle has a coupling axle, which keeps the vehicle in front-wheel drive to have more controlled consumption in conditions of good grip. If more traction is needed, the coupling mechanism is activated immediately. It's possible to divert up to 100 percent of torque to a single wheel, though Jeep doesn't explain how. The Compass 4×4 comes with Selec-Terrain intelligent traction control (with automatic, snow, dirt and mud programs).

Those demanding more off-road performance should check out the Compass Trailhawk. This version features a reduction gear (20:1 ratio), Selec-Terrain mode for rocks, more ground clearance and protections, better angles (30º of attack, 24º ventrales and 34º of exit), descent control, 17″ all-terrain tires and a fording capacity of more than 480 mm. Visually it can be distinguished from its range brothers. In this segment there are virtually no other rivals with a reduction gearbox.

It is based on FCA's small wide architecture platform, has four-wheel independent suspension and will perform very well on tarmac, according to its makers. It doesn't appear to have exceptionally wide suspension travel, but neither is it a Wrangler, which is much more off-road than on-road oriented.

The Jeep Compass design has a C-pillar with a strong personality, as well as plastic underbody protection and the option of a floating black roof with black painted pillars. The seven elements of the traditional Jeep grille look lower than usual, and the light clusters are very reasonably sized. The hood can come in two colors, and look at its relief on the sides. 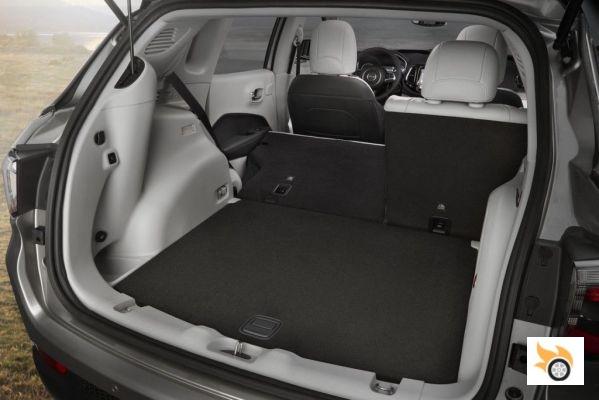 Inside we find a seemingly well-finished interior, with some color notes on the speakers, dashboard and around the shifter. The driving mode selector is located between the gearbox and the climate control, and the traditional parking brake has been replaced by an electric one. Inside the instrument panel there is a large digital display with multiple information.

The center console houses the fourth-generation UConnect infotainment system, measuring 5″, 7″ or 8.4″ depending on version. It has compatibility on top models with Android Auto and Apple CarPlay to improve daily communication with the latest mobile phones. In this generation FCA talks about higher speed, easier use and higher resolution graphics. We don't have many equipment details yet, although you can make out in the photos leather seats, steering wheel controls, up to 70 safety features, parking sensors, sunroof and so on.

It will be manufactured in China, Brazil, Mexico and India; for the European market it will probably come from one of these last two countries. We don't yet have specific details for the EMEA region, which is how FCA refers to the old continent (among other places). We can take the diesel engines for granted, the question is which petrol engines will come to this area. The 2.4 MultiAir does not seem to be one of the candidates. 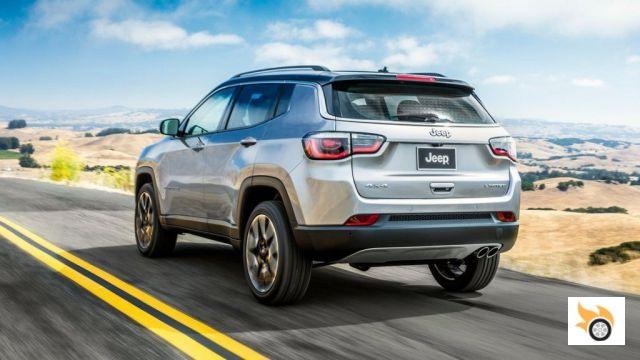 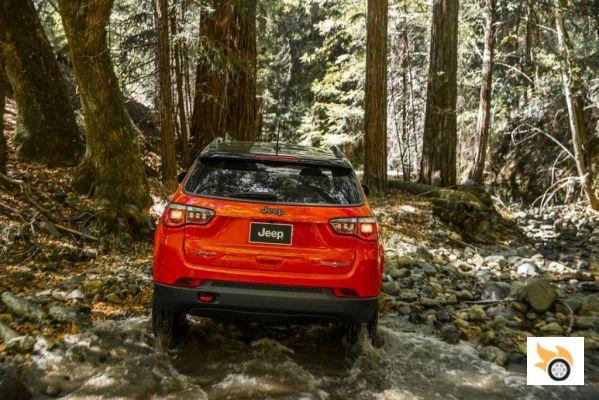 It will arrive on the European market before September 2017.

NOTE: The photos correspond to the North American version.

add a comment from 2017 Jeep Compass and Compass Trailhawk