Subaru will continue to make inroads with a refreshed lineup

We will see at the Geneva Motor Show the new Subaru XV, the second model in a new range of cars that will share a common modular platform (SGP), right now Subaru has four platforms including the one shared with Toyota for GT 86 and BRZ. Except for that one, all are symmetrical all-wheel drive with boxer engines. The latest generation Impreza, which will not arrive in Spain, has already released that platform. In the near future we will see, in addition to some other hybrid, the first 100% electric of this brand.

Thanks to the new platform Subaru will experience a qualitative leap, due to a lower center of gravity, much more rigid chassis and a profound reengineering. Some journalists who have been able to test prototypes camouflaged in Japan consider the leap so tangible that even a novice would grasp the difference, or so says David Arroyo for El Mundo Motor, after comparing the old XV with the new Impreza. The SGP platform is very modular, like Volkswagen's MQB, and accommodates different lengths, weights and track widths. Other benefits of the platform are energy efficiency (it lowers height and contains weight) and increased active safety.

The new rear stabilizer bar -among other improvements- reduces roll and pitching by up to 50%, according to Subaru. 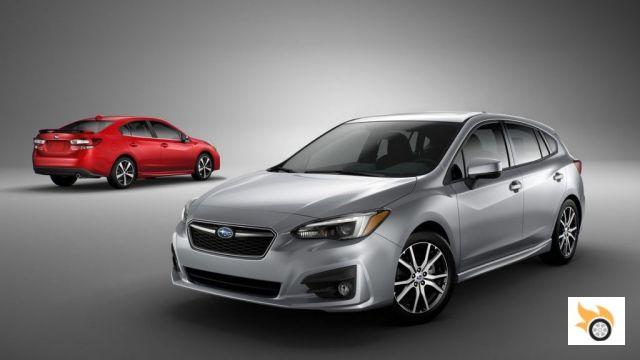 Apparently it will be the biggest qualitative leap that the brand has experienced. The truth is that everything looks very good, Subaru sells 300,000 more cars per year than five years ago, considering that this is in the middle of the global crisis, it is a good result. The new platform will allow to make more models, using less resources in development, and keeping Subaru faithful to its principles. Nowadays this is a quality that is less and less seen every day.


Incidentally, the parent company - FHI/Subaru Corp - turns a century old, if you consider the genesis of the company to be the aircraft manufacturer Nakajima in 1917. After World War II, it becomes FHI and moves into slightly more peaceful areas of business than fighter aircraft manufacturing. Subaru was actually founded in 1953.