Borgward BX 7, it's official and it's as peculiar as it gets.

Certainly, the design of the device is not "rapturous", but it does represent a breath of fresh air in an industry where the main players have been the same for a long time. The firm, reborn with a new headquarters in Stuttgart, still does not explain in detail who are its main suppliers, giving prominence to the product. 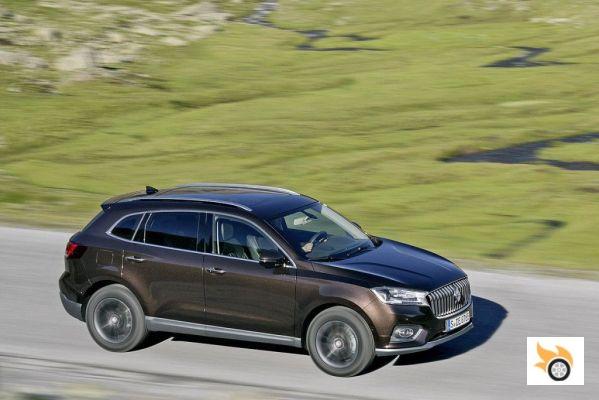 In Frankfurt the BX 7 will be shown with a two-liter petrol engine and 224 horsepower, associated with a Borg Warner seven-speed gearbox with dual clutch and all-wheel drive with intelligent center differential. It will also be accompanied by a plug-in hybrid version on the stand, capable of travelling up to 55 kilometres in pure electric mode, with a total of 401 horsepower at the driver's disposal.

Surprised? We were too. It remains to see the car inside, appreciate the qualities and settings and see how it drives. Remember that Borgward is reborn under the protection of the grandchildren of the founder of the firm, and with a significant financial injection from China, through the truck manufacturer Foton, to target what is intended to be its main market.

Borgward avoids at all costs to talk about the origins of the car. The company was in talks to acquire mechanicals and platforms with BMW some time ago, we know, but it seems that this product could have other origins. The stakes are "high" in a tie-up with Audi and its Q5, though we're surprised at the car's price point for being based on the Q5. In any case, the fact that the Q5 is going to change generation next year to move to the MLB Evo platform just debuted on the A4 would lend credence to this fact, through the transfer of presses, tooling and other productive assets to Borgward to begin production of its BX7 starting next year, when the Q5 already has a modern successor. It would not be the first time that VAG recycles an old product, either internally (A4 B7 - Exeo) or by selling it to the Chinese (Toledo).


The resurrection project has been ten years in the making, and intends to produce 500,000 cars a year (that's nothing) when its new range takes off. The BX 7 will start its commercial run in China in 2016, but we'll have to wait two years before seeing it in European dealerships. 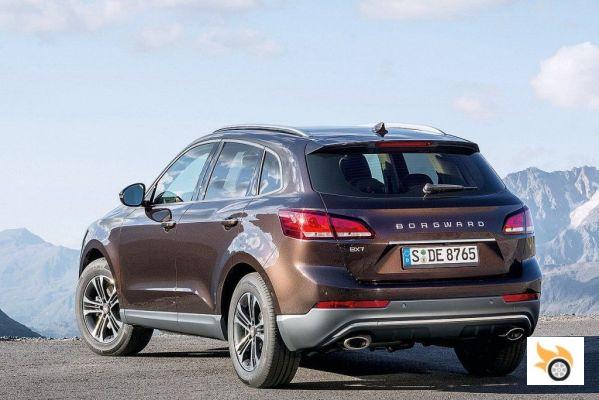 add a comment from Borgward BX 7, it's official and it's as peculiar as it gets.