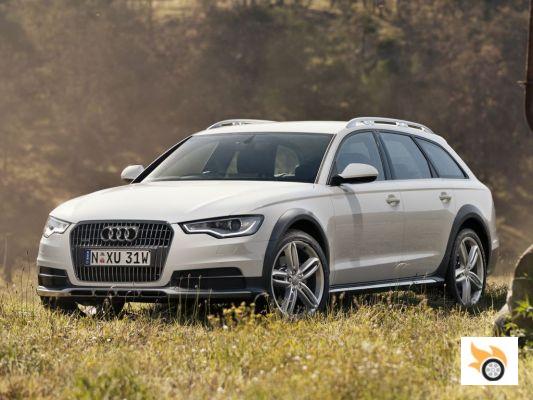 In 1999 Audi was ahead of the crossover craze with a modified version of the A6 that had improved off-road performance. A more protected body, variable-height suspension, mixed tires and all-wheel drive were some of the attributes of the A6 Allroad. It was the first passenger car to pass Land Rover's test track.

So what's the point of bringing out an RS6 Allroad? In theory, it does. Some of this car's customers still don't have a proper road network in some parts of their country, and with very broken tarmac or potholes an RS6 can have a hard time. An Allroad, on the other hand, would be more comfortable. Take China, for example. Not only can you benefit from variable damping, you can also raise or lower the ride height.

We probably won't see a single one in our country, but stranger things have been seen. For this purpose seems more suitable for the Audi Q7, which still does not have an RS version, or versions of higher power than the A6 Allroad. In our country the RS6 costs more than 131,000 euros, a few thousand more and can already be marketed as Allroad. If they want to promote it in a big way, they should make a good "road-trip" with it, crossing inhospitable countries. Will BMW or Mercedes-Benz copy the move?