The Alfa Romeo Stelvio is named after the highest mountain pass in Italy (the second highest in Europe) and legendary for the 20-kilometre road that runs through it. It has more than 75 curves, breathtaking views and a rapid and intoxicating variation in altitude until it reaches the 2,758-metre pass.

Alfa Romeo's idea is to bring a distinctive, Italian touch to the SUV segment in terms of design and, above all, in terms of dynamic performance. This should be the benchmark for the segment according to the brand. We will have to drive it to be able to corroborate this information but, for the moment, it doesn't look bad. And, despite being clearly focused on asphalt life, it has an off-road mode "just in case". 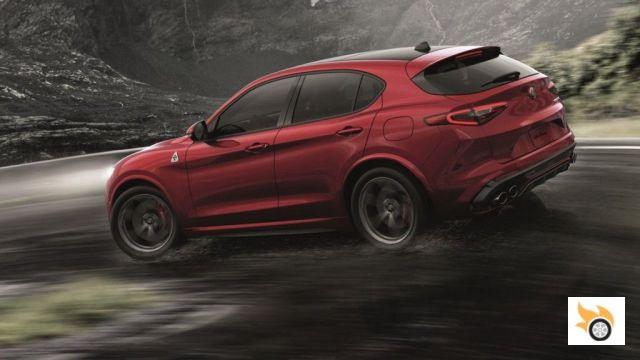 "The Stelvio will be the most dynamic vehicle in its segment," promises the brand's Technical Director Herald Wester.

We know that this SUV has not only inherited the aesthetics and mechanicals of the Alfa Romeo Giulia, but also its platform. Under the hood of this Quadrofoglio Verde version we find the same 2.9-liter V6 turbocharged V6 engine with 510 hp and 600 Nm of the Giulia QV. Combined with an eight-speed automatic transmission and four-wheel drive, it accelerates from 0-60 mph in 3.9 seconds, catapulting it to 285 mph. In the more "mundane" versions we expect no surprises. It will have the 280 bhp 2.0 turbo petrol with 8-speed automatic transmission and, most likely, the 200 bhp petrol and the two 150 and 180 bhp 2.2 diesels seen on the Giulia.

Alfa Romeo says that all versions of the Stelvio will feature the Q4 all-wheel drive system (capable of sending 100% of torque to the rear axle and transferring up to 50% to the front axle if grip is low) and automatic transmission, at least in the United States. As an option, it can be fitted with a mechanical self-locking differential on the rear axle, while the QV adds a torque vectoring function.


To keep weight down and offer perfect weight distribution on both axles, the Stelvio makes extensive use of aluminium. The doors, wings, front and rear subframe and various suspension elements are made of this metal. The suspension is independent on all four wheels (double wishbone at the front and multi-link at the rear). The Stelvio QV will be fitted with adaptive damping and large-diameter carboceramic brake discs. 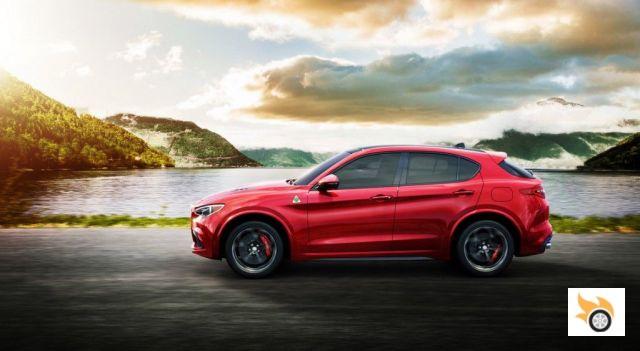 Beyond these images, in the coming days and months, we should be knowing new details of the Alfa Romeo Stelvio. With a good price and responding to the needs demanded by customers of this type of car, the new SUV of the biscione brand could become one of the most attractive products in its category.