The Navigator is designed as a comfortable and organised space for its three rows of occupants. There are plenty of storage compartments, charging sockets (6x USB, 4x 12V sockets, 1x 110V socket, 1x optional inductive), screens for multimedia systems, WiFi connection for 10 devices, up to 30 adjustments for the front seats, laminated glass with increased soundproofing, and more.

According to Lincoln, the Navigator allows you to travel in "first class".

With multiple driving modes the automaker says the Navigator is easy to drive "in any weather or terrain." It also boasts the most available space in the segment. In the trunk it has shelves to organize cargo to keep it from shifting with the sways of traffic.

Its strong points are design, technology and space, the usual values usually demanded by the customer of an SUV, especially in high range. Full-size SUVs are very difficult to see in Europe because they are so big. Among its competitors is the Cadillac Escalade, which needs little introduction. BMW and Audi will soon have answers to this model.

As we approach it in the dark it will greet us with lights and a projection of the Lincoln shield on the ground.

We won't find much of a piston factor in it. The gearbox is controlled by buttons under the front air vents, P, R, N, D, there's not even a selector, but it's foolproof (we can't say that about FCA's gear selector). Driving is described as easy and effortless. The digital instrumentation and HUD give the driver the information they need at all times without taking their attention away from the road, while the passenger has all the distractions they want. 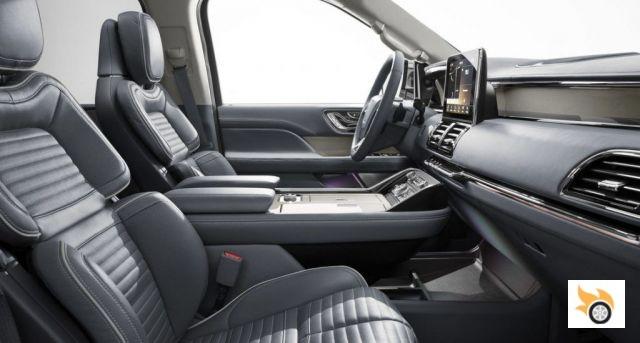 
In other words, what the American customer wants. Besides, Lincoln Navigator is a well-known combination, not that it needs much publicity. In Europe it's not a well-known brand, but in the US it is, it's Ford's high-end flagship. 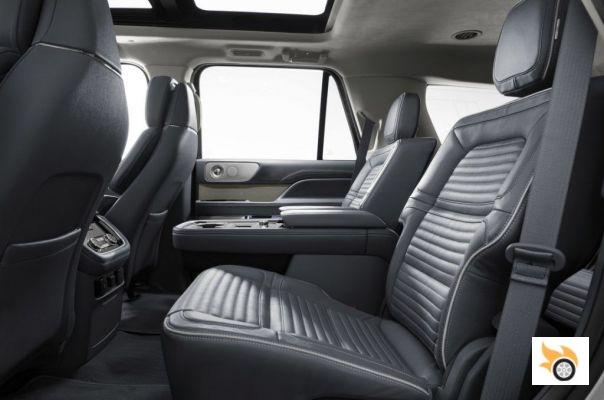