On the other hand, the new 2.0 diesel has been tested by Dani in the Jaguar XE, so some of his conclusions are hopefully valid to extend to this Discovery Sport.

What is the Discovery Sport? It's a D-segment SUV, with the possibility of seven seats, which occupies the place left by the veteran Freelander, in tough competition with many other D-SUVs on the market, from the Cherokee to the premium X3 or Q5, but with its own idiosyncrasy of "Land Rover pure and simple". And that is especially ratified with the choice of the new name. Selecting Discovery as a denominative responds to the interest in connecting the fate of this model with the large SUV of the company, separating it in turn from the "posh" halo of the Range line, and betting on a type of product more "hard", more truly camper. 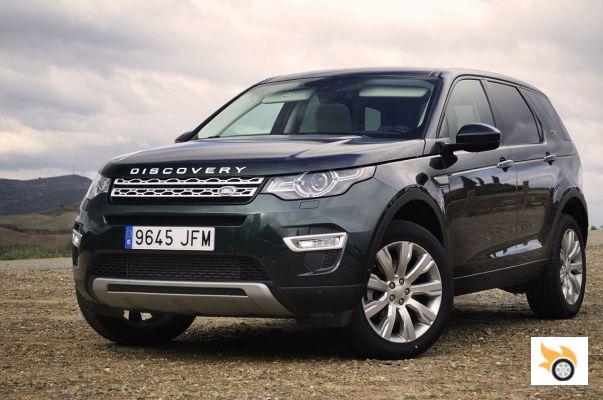 Aesthetically Land Rover has not played too much with this car. The front is a pure reinterpretation of the one used in the Evoque. The side view is a little more distant, with a flat, floating roof, but with a thick, distinctive shark-fin-shaped C-pillar that, if I may say so, reminds me somewhat of the one used on the DS3. 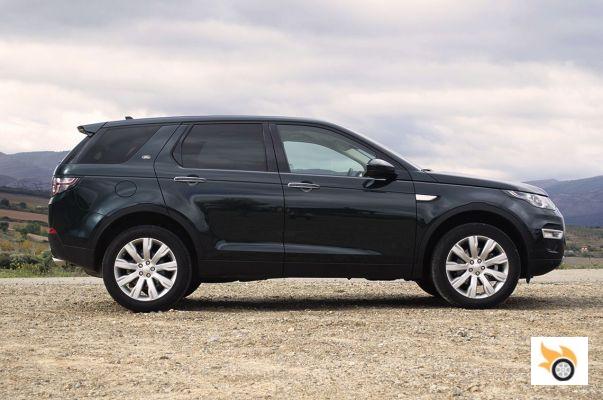 The rear is also inspired by the Evoque in the shape of the LED tail lights.

The beauty of the car's design is that it manages to be completely identifiable as a Land Rover from a distance, while at the same time being contemporary in its execution, even if it's "too Evoque-flavoured" to have a personality of its own. 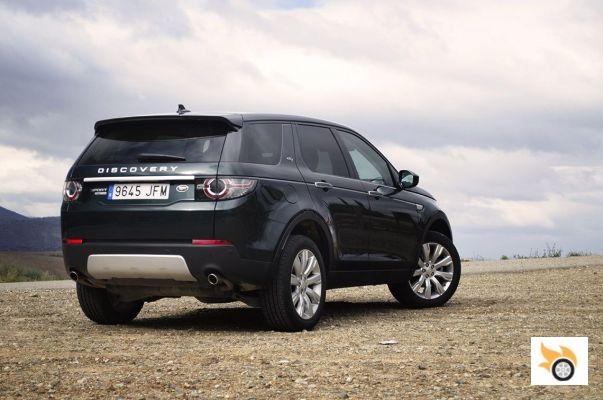 And if on the outside the car has an Evoque flavour, inside it also shares a lot with other Range Rovers in shape and design. Certainly, it plays with a hair less quality of materials and boldness in the finishes. Ultimately the Discovery Sport has to be a cheaper and less 'premium' product than its smaller sibling for pure positioning.

The design is good, but it has its drawbacks, in execution, finish and in certain decisions. The space in the front seats is generous, but the seats do not grip the body, resulting in their wings too far apart to contain the movements in curves, something necessary when you wear a particularly slippery leather upholstery. 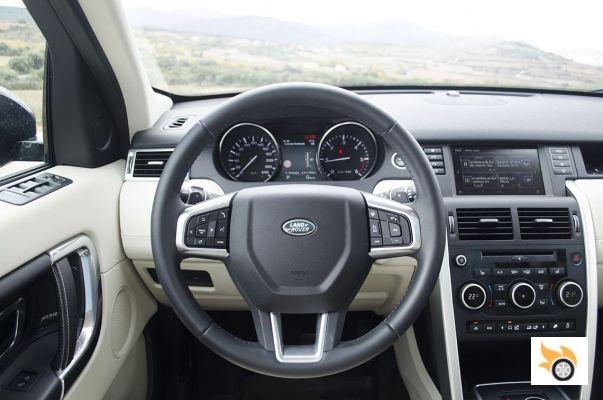 The ergonomics aren't quite right either. The general one is (pedals-steering wheel fall where they should), but when you try to use the controls surrounding the infotainment system, especially those closer to the passenger, you realize that you can't reach them easily.

Everything can be operated from the touchscreen anyway, but it's tricky to get to, as it's not particularly close, and with bumps and such it's easy to mess up. Despite the advances in Jaguar Land Rover's infotainment system, it's still slower and less intuitive than its rivals on the market.

Furthermore, although at first glance all the interior panels appear well-fitted, the test unit enjoyed three distinct crickets, one on the dashboard, one on the driver's door and one on the roof, while the roof sunglass holder was unable to stay closed in bumps. The steering wheel controls are also not up to par in feel or response.


The second row of seats is very spacious, and especially well-lit if you order the full glass roof, which coupled with a good climate control system makes long journeys in these seats a great experience.

The third row of seats is "emergency", as adults of "normal" size will not go comfortably seated in it, besides the access is complicated. If we move on from the third row and concentrate on the boot, there is plenty of room for the whole family.

The heart of this Discovery Sport is the 2.2 diesel that was co-developed with Ford, with 190 hp and a maximum torque of 420 Nm. Its drawbacks are well known: the torque requires the engine to be revved at more than 2,000 revs to be responsive, which means there's a "concentrated kick" once you get past 2,500 revs.

In the test unit, this engine, now discontinued, was mated to a nine-ratio automatic gearbox with the rotary mode selector known from other JLR products. 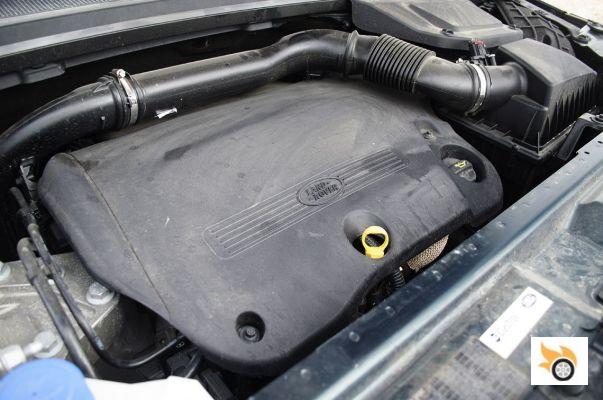 The chassis is a new twist on the steel monocoque used in the Evoque, itself closely related to the Ford platform once used in the Mondeo. But the advance from that product is such that talking about origins would be like saying we're all brothers because we're descended from little African men millions of years ago.

It is made of steel, has McPherson struts on the front axle and a multi-link at the rear, with an all-wheel drive system with several special programs to manage the drive and modify the torque distribution between the wheels. At just over 1.8 tonnes on the scales, it is not a particularly light car, transmitting its weight to the road via mixed tyres on the test unit. 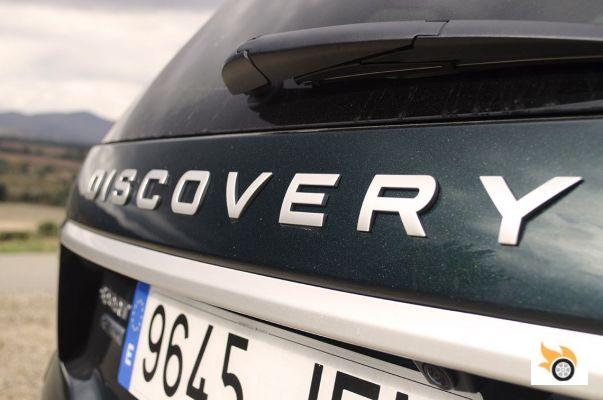 With a touch of the starter button (or two, as our unit ignored our finger at times), the diesel engine comes to life, and makes its presence felt, with a rather noticeable vibration, rough I would say. It seems that with the new Ingenium engine this problem no longer exists, but this 2.2 was notorious for its age.

With the electric handbrake released, getting around town with the Discovery Sport is as awkward as with any SUV of its size. Rearward vision is quite compromised, but given that a rear-view camera and the option of an automated parking system are offered, I find that this can be a problem that can be overlooked.

The engine response from low revs is strange, as is its association with the gearbox. Starting from a standstill at a traffic light with the pedal firmly depressed, first the start&stop will give a sharp jerk as the engine starts when you release the brake, and then the car will creep forward until the engine reaches two thousand and some revs, at which point it gives a sharp lurch forward. 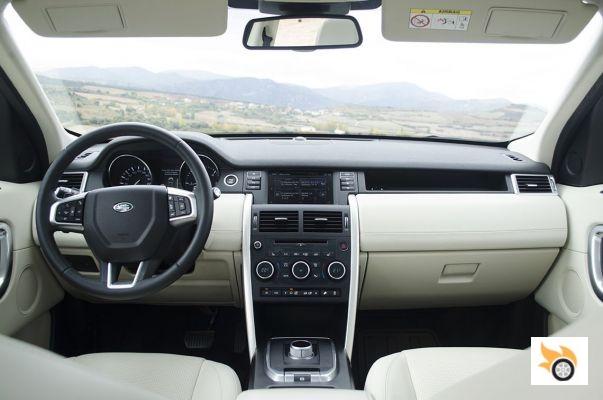 The shifting is neither smooth nor progressive in these conditions. It's a different story if you take it easy on the throttle and don't press the right pedal hard, which allows the car to work more smoothly and without so many jerks.

It is then when you can enjoy a particularly well insulated cabin. The suspension has a hard spring rate and dry damping. This is so to contain the movements of the body in curves, with its two tons, something that achieves very satisfactorily, but in town makes the bumps and bumps are somewhat more noticeable than in some of its rivals.

On the open road it is a comfortable, quiet car, and with the optional Meridian audio system it becomes a real concert hall. Neither the bluetooth system, which inexplicably disengaged every two hours from the phone, nor the fuel consumption, as the Discovery asked for 8.7 liters per 100 km to maintain a perfectly legal cruise on the highway. 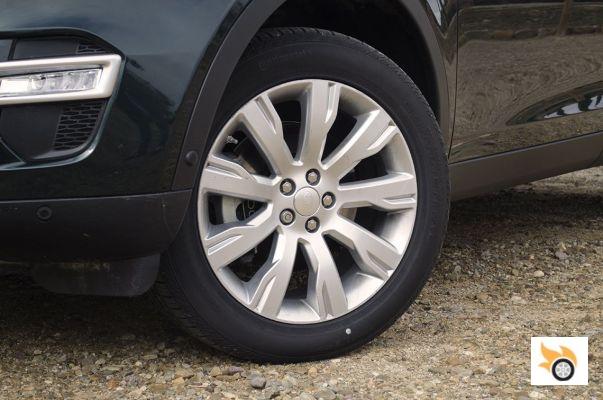 If it was time to face curves, here we find a car that does a good job of passing them without overturning or going off the road, even if you do it with some animosity. The "stiff" suspension allows to contain the body better than in a Cherokee, and the mixed tyres do their job very well. The steering also has better feel than the Jeep, but in any case, both brakes and road manners are far from approaching a BMW X3.

The gearbox is a particularly unnerving point. Despite being a car with 190 horsepower, the 80-120 could hardly be lowered from eight seconds, while the change gave us with jerks and gear changes at the least appropriate times, something that can be overcome if you switch to the manual program with the paddles, at which time the control of the gears becomes much more effective. 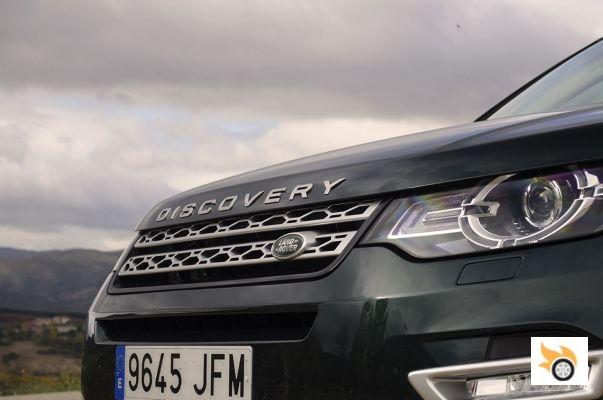 No, it's not a Defender, but what's good about the Discovery Sport over the bulk of its competition is its ability to do more than just get through dirt roads. Here the premium rivals lag behind, and the rivalry remains a Cherokee-Discovery Sport showdown, where the Jeep manages to win on points.

Why? The choice of a better filtered suspension and a more isolated steering also make that in these conditions, the Cherokee 170 hp diesel with all-wheel drive seems a more comfortable car for off-road driving, and more capable to face certain complicated situations with guarantees. The Discovery Sport's creaking noises are also a downside here.

Let's say you're looking at a D-SUV for size needs, and you've got the budget to go for an aspirational D-SUV. The Discovery Sport stands up to the big three (X3, Q5 and GLC) thanks to its superior off-road capability and more measured price. The Jeep Cherokee is somewhat better in interior design and materials chosen for the same, also in space, although it is less capable off-road, is slower, spends more and is ergonomically worse resolved for everyday use. 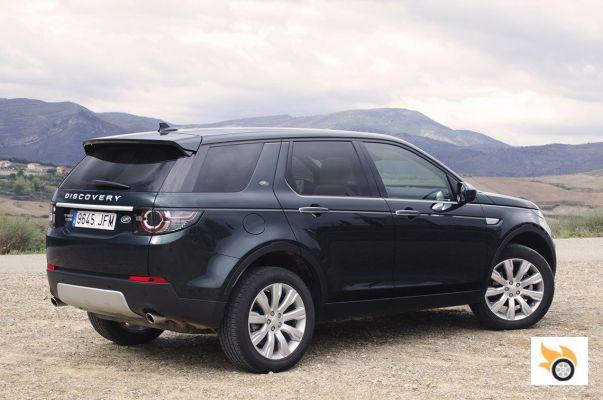 The major drawbacks of the Discovery Sport should have been mostly solved with the arrival of the new family of diesel engines, but until we can test them we can't give our opinion. The part that won't be resolved will be a very JLR one: the car's finish. That elements such as the light rheostat or the sunglasses holder already malfunctioned in a press unit and that this one had crickets a few months after its release leaves us perplexed and fearful. Could it be something of this unit? I can't draw any concrete conclusions, but with JLR you always get the feeling that it's missing that last final touch to fix these things.

Would I buy it? I would prefer one of its rivals. If I'm going to use the car almost exclusively on the road, I'd go for an X3. If, on the other hand, I wanted to go more off-road, a Cherokee seems like a better buy, if you're able to give up the British chic design of the Land Rover interiors.