10 reasons why we miss retractable headlamps 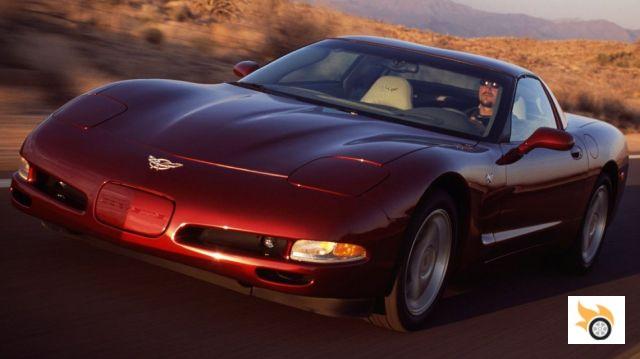 If we see a car with retractable headlights, it is surely a classic or on its way to becoming one. It was 2004 the last year in which cars with this technology were on sale, like the Corvette C5 that heads these lines. Pedestrian protection regulations and efficiency made it increasingly difficult for them to exist, until they were abandoned. Normally they only included the low beam and high beam, so for the rest of the functions they were not necessary and were hidden.

The invention first appeared on the Cord 810, before the start of World War II, although they were not electrically operated - that came on a DeSoto a few years later. It was still a popular feature on sports cars in the 1990s, although they could also be seen on more humble cars like the Mazda 323. If you're one of those who think there could still be cars with these design features, check out this Car Throttle montage:

We'll see the result of putting retractable headlights on the Nissan 370Z, Porsche Cayman, BMW 6 Series, Corvette C7, Lamborghini Huracan, Toyota GT 86, Honda NSX, Ferrari 488 GTB, Lotus Evora and Mazda MX-5. In some cases it is very forced, but in others it is appreciated. Also, when the headlights are folded the bumper is much cleaner aesthetically... or not, it's up to taste.


Which one looks better, and does anyone miss any on the list? Let's talk about it.

add a comment of 10 reasons why we miss retractable headlamps