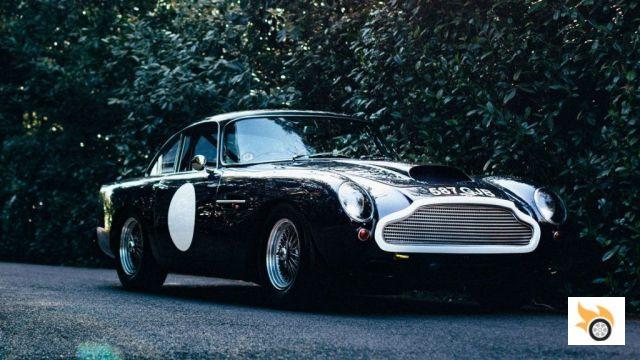 You can hear a symphony, worthy of the London Philharmonic, but on six cylinders. An exhaust sound that enamors along a short ride with an unmistakable English style. You can hardly compose something so beautiful with so few shots, as it doesn't feel like it's been filmed for very long. It's a brief three and a bit minutes that you enjoy as if it lasted longer.

There will only be 25 units of the new one, but there are only 8 of the original.

This little gem had 300bhp, which is a lot for 1959. Its first owner was Thomas Sopwith, one of the pioneers of British aviation. One of his aircraft, the Camel, was the scourge of the Fokker, Aviatik and Pfalz of the Germanic powers in the First World War. He had already been knighted by then. It is now held by Paul Michaels, owner of Hexagon Classics. His business consists of buying and selling the finest of the finest, it's worth spending a little time on his website and drooling for a while over cars that will never be within our reach. Ok, there are also affordable cars, but they don't dress so much.

Citroën presents the C5 Aircross to the Chinese public ❯