As you may have already seen in the photos that were leaked a few days ago, this new version does not stand out for a groundbreaking design, if not quite the opposite. This fifth generation Mercedes-Benz E-Class has not surprised us and as expected follows the strategy set by the German Bavarian firm, which takes the same design and molds it to different sizes.

The new model has increased by 65 millimeters the wheelbase, adding a total of 2,939 mm in its standard version. Thus, it gets about 43 mm longer, measuring 4,923 mm in length, so it is assumed that there will be more space for the passenger compartment. It is also 2 mm narrower and 6 mm lower than its predecessor. 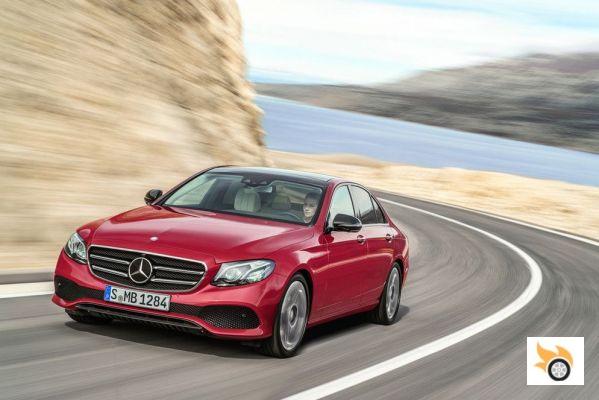 In the cabin we find a dual screen design, being one of these "tablets" for the instrument panel, and the other located in the center, for the entertainment system. All of them are 12.3 inches. The multimedia system is controlled from the touchpad, and recognizes the use of voice control, as well as introducing the novelty of a multifunction steering wheel with touch controls integrated into it.

At the technological level, the E-Class is equipped with a series of assistants that come to make things easier, both in comfort and safety. One of them is the Drive Pilot system, which in short, is able to regulate the speed with respect to other cars that precede us, and to pilot the steering wheel to automatically make turns. Other systems include Car-to-X communication services, automatic braking in the event of a traffic emergency, and the remote parking service via a smartphone app.

Also noteworthy is the possibility of using our phone as a key, the active lane change detector, based on cameras and radar, which helps the driver to go to the chosen lane, for example in overtaking, where the system is triggered by detecting that the activation of the turn signal for more than two seconds. 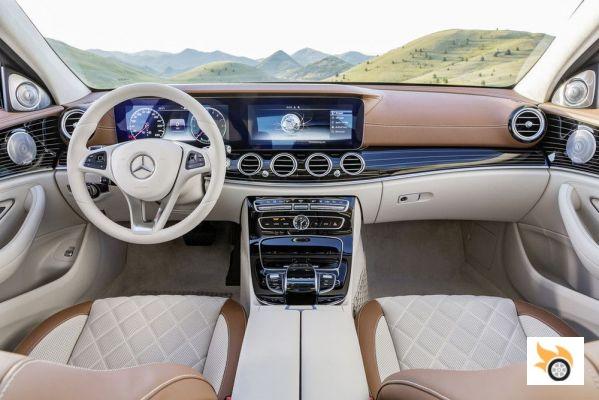 Likewise, the new Mercedes E-Class incorporates Pre-Safe or Lateral Impulse. An optional system that acts in case of imminent side collision. This automatically moves the driver or passenger sideways, away from the danger zone. To do this, an air chamber is inflated on the side of the impact, increasing the distance between occupant and door and decreasing the forces acting on him.


In addition to these engines, Mercedes presents a plug-in hybrid variant. The E350 has the same four-cylinder gasoline engine of the E200 and develops, along with an electric motor a total of 279 hp. It can be driven in fully electric mode for 30 kilometers and promises an acceleration in the 0 to 100 km / h of 6.2 seconds.

There is still no official marketing date, but everything suggests that it will be in spring. Although in design resembles the C-Class and S-Class, this new E-Class is the flagship of the brand, as far as technology is concerned. 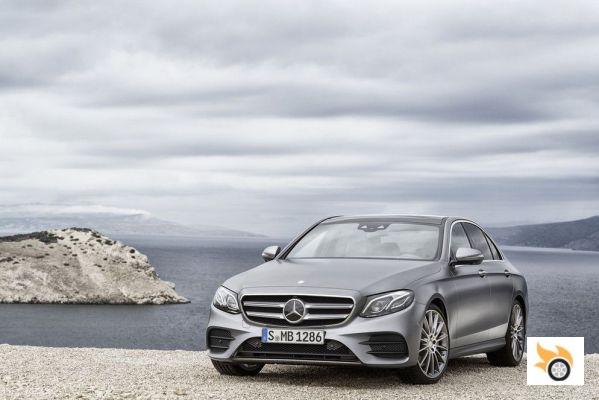 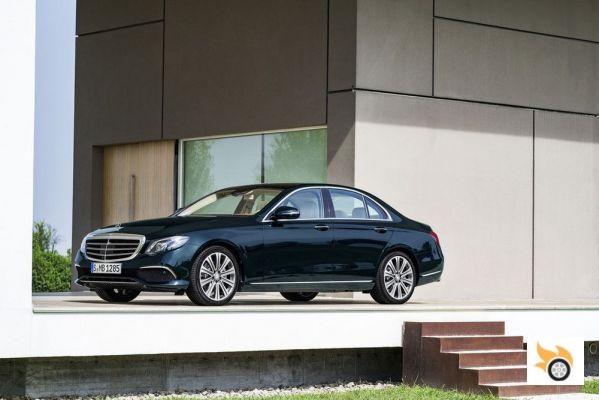