Want a brand new Lexus LFA? There are still more than 12 units left 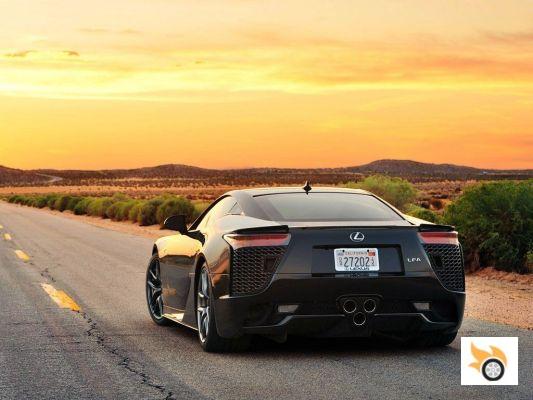 There's no denying that the car is a technological marvel and an incredible machine. Its Yamaha-developed 4.8 V10 engine produces 560 horsepower, 480 Nm and screams up to 9,000 RPM. The structure is carbon fiber, which led to a not inconsiderable price of 375,000 dollars in the U.S. and 415,000 euros in our country. Perhaps that's the reason why a handful of new examples remain unsold in the US to this day, despite the car last being produced in 2012.

Autoblog reports that there are still 12 Lexus LFAs that remain unsold in the U.S. after reviewing sales data

Lexus was happy to provide a reason why a dozen of these glorious machines are still technically for sale today. In 2010, orders began to slow, so to ensure the cars weren't gathering dust at the factory, Lexus allowed existing LFA owners to order a second car. In addition, Lexus opened up allocation to dealers for an additional car, and executives were also able to order an LFA for themselves.

Does this mean someone could walk into a Lexus dealership and buy one of the remaining LFAs? Probably not. Dealers holding on to never-registered LFAs have already sat on the cars for at least five years. Now, dealers will likely continue to use them as showpieces, and they'll likely remain as investment items.

Another unregistered unit remains in Chile, but not one in Europe.

After all, a brand new Mitsubishi Evo IX MR sold for $138,000 after a dealer finally decided to part with it. The LFA was always a bastard child among its supercar brethren, but sooner rather than later it has earned a place among the best of its era. If someone has the patience to keep it for enough years, they'll recoup their stocking costs no problem.

add a comment of Want a brand new Lexus LFA? There are still more than 12 units left