All three bodystyles -SC, 5p and ST- receive minor changes to the headlights, bonnet, grille, bumpers and wheel design. There are three new colours, Boheme, Mystery and Desire Red. At this point I miss the time when the brand had a more Spanish flavour in every way, now you have to be a polyglot to understand some things, like the colours.

The aim of the new design is to make the lines sharper and the car is perceived as wider.

LEDs are used - except in the entry-level versions with halogen headlights - in all lighting functions: headlights, fog lights, turn signals and rear clusters. The LED headlights are a new generation, the previous model also had them as an option. LEDs are also used for the ambient interior lighting. One of the advantages of this technology is that the bulbs will last much longer. 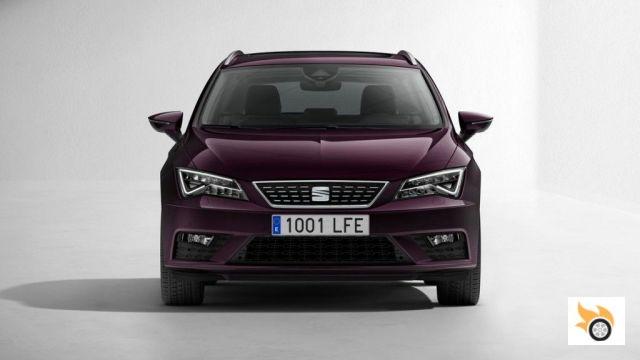 The 1.0 TSI three-cylinder and 115 hp 1.0 TSI does not yet come to the Leon, although the Ateca already has it.

We still do not know prices, but pre-sales will open before the end of the year, the first deliveries will arrive already in the first days of 2017. If they suffer an increase, we would have to consider the differences in equipment, which is quite competitive. The offer will consist of four niels: Reference, Style, FR and Xcellence. The latter is equivalent to the FR but is more focused on comfort than sportiness. The Leon X-Perience model is considered a separate car and is not mentioned in this information. 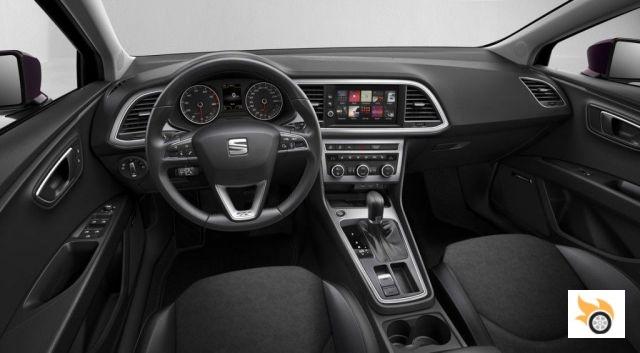 Inside the main change is the infotainment system screen, it goes from 6.8 to 8 inches and eliminates several buttons and the proximity sensor. It will therefore be a little more readable. Its strong point is the connectivity with Android 5.0 and iOS (iPhone) 5.0 phones, with which you can use respectively Android Auto or Apple CarPlay. In front of the gearshift you can have a compartment for wireless charging (Qi) and mobile signal amplification and GPS. An interesting feature of the screen is that it recognizes some gestures, without the need to touch it.

The handbrake disappears and becomes electric. It is also better soundproofed in general, as the insulation has been improved by 20 points.

The available safety systems are plentiful. The front radar incorporates the traffic jam assistant function (keeps the lane up to 60 km / h, requires DSG gearbox) and automatic braking in case of running into vehicles or pedestrians. The radar works in conjunction with the front camera, which "sees" the road and complements it. Incidentally, the latter recognises road signs better.


In short, the design is very similar, but evolved, the engines are practically identical, but the technology is where the change is most noticeable. Is it worth the wait? It's a very personal decision.