Where does the name Phideon come from? Its name is an artificial word that is synonymous with elegance and reliability. Phonetically and symbolically it derives from the term "Fides", the name of the Roman goddess of fidelity. Don't expect to see it in Europe.

It will be marketed in China in the third quarter of 2016.

The Phideon is the first Volkswagen model to adopt the new longitudinal modular MLB platform, which will later be incorporated into the group's new sedans. Knowing that the Chinese market is dominated by gasoline engines, Volkswagen is not taking any risks and will equip its new sedan only with TSI engines.

The access range will feature the 2.0 TSI four-cylinder and front-wheel drive. The top of the range will equip the V6 block 3.0 turbo 300 hp and 440 Nm of maximum torque, and will have 4Motion all-wheel drive as standard. In addition to these versions, a plug-in hybrid version is planned for the future, but there will be no TDI. 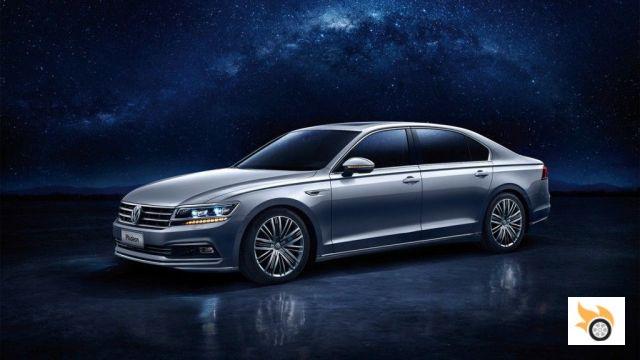 Design at a glance

At 5.05 metres long, 1.87 metres wide and 1.48 metres high, this is a large saloon. With short overhangs, it boasts a wheelbase of more than three metres, which means plenty of space inside, especially in the rear. For the Chinese market this feature is very important, in fact elongated sedans are common.

On the sides there is a double character line composed of two individual lines, which runs from the front fender to the trunk lid. To accentuate its dynamism, the large wheel arches are raised upwards, reaching deep into the bodywork. The long bonnet and the LED headlights integrated into the grille also stand out, forming a DNA that, according to the brand, will again characterize other premium sedans of the brand. It is very reminiscent of the elegant Volkswagen C Coupé GTE, from which it also inherits the design of its wheels.


Inside, it is very spacious and can comfortably accommodate up to five occupants. The seats, both front and rear, can be adjusted electrically in different positions with the possibility of individually adjusting the side bolsters. They also feature heating/ventilation and a massage function. To create a better ambience on board, the Phideon offers ambient lighting with a choice of three colours. 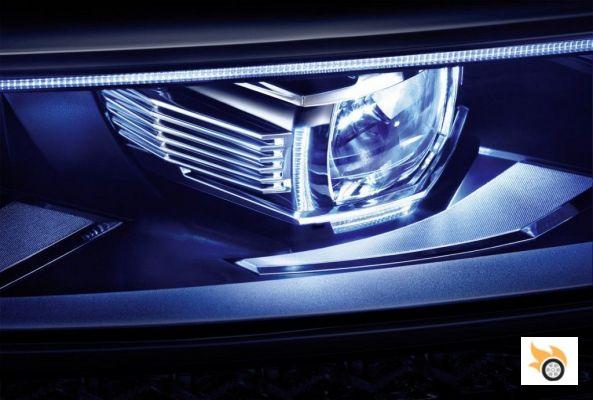 No shortage of technology

Travel should be as comfortable as possible, which is why Volkswagen has decided to equip the Phideon with air suspension, which it first used in the Phaeton. To contribute to a better atmosphere of luxury also has an electric system that closes the doors softly called Soft Close, already seen in Audi models.

In the field of driving information includes details such as a Head-Up Display, a night vision system and the Area View system, based on four wide-angle cameras to handle the panoramic view. In terms of assistance systems has some already known in the rest of the group as ACC (active cruise control), Front Assist (front camera), Park Assist (parking assist), Lane Assist (lane keep assist) or Light Assist (high beam assistant).


Volkswagen also does not forget about connectivity, and there is the possibility of integrating into the infotainment system the functions of any Android and iOs Smartphone, through MirrorLink and CarPlay respectively. All of these features are already available on several Volkswagen models on sale, but many of them are new to Phaeton customers.

Volkswagen outlines the lines of the I.D. CROZZ for Frankfurt ❯