Volkswagen wants to sell one million electric cars by 2025

It promises a range of 400 to 600 kilometres, with a 170 hp electric motor mounted on the rear axle. The confidence that the materials technology will make less deformable structure necessary, along with the proper positioning of the mechanical parts, clears a lot of space in a car of contained size. 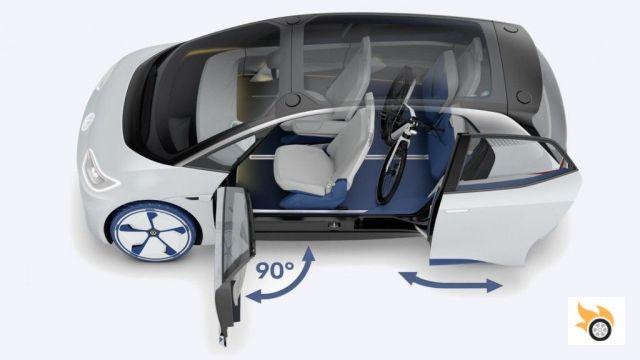 The interior of the Volkswagen I.D. is designed for the relief of its occupants both while the driver uses the controls and when not, as in 2025 will have the option of autonomous driving. When the car drives itself, the steering wheel is embedded in the dashboard and no longer takes up space.

The seats have a lot of freedom of movement, thanks to the longitudinal adjustment of the seats. Not only that, the lower part of the seats can be folded vertically to gain space and keep the cargo separate from the passengers.

The design is simple to the extreme, eliminating all superfluous buttons. Instead of a bulky and useless conventional gear lever, four buttons on the steering wheel allow you to change the behaviour of the transmission: P R N D, that's all it takes. It's a prototype and the designers can take all the licenses they want, but some of them make a lot of sense even today. 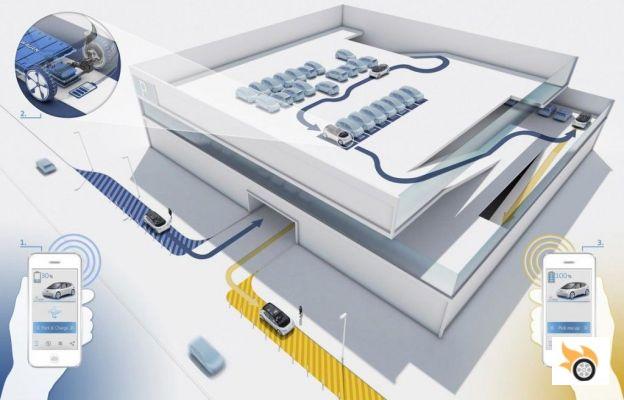 One of the secrets of its space is to house the batteries under the passenger compartment, presumably with a capacity of 40-60 kWh, like the recently unveiled Opel Ampera-e. The mechanical parts in front take up hardly any space: air conditioning, power steering, cooling and little else. No clutch, no gearbox, no turbo, no exhaust system... all that takes up space too.

On a day-to-day basis, even if we always want to drive it, it will have a number of very practical advantages. For example, we arrive at a destination (at the door), and the car itself will go to a car park, proceed to recharge its batteries in a designated space (by induction, without cables) and when it is ready it will look for a conventional parking space. When we want it to pick us up, we call it through an application and in a matter of minutes it comes. The same for parking at home, no need to go in and out of the garage, it can do that on its own.

You can even receive parcels, opening a compartment for the carrier, the most convenient for everyone.

Regardless of whether it's electric or not, it's packed with practical solutions that are unusual for modern cars. Here we can see how versatile it is. The front doors can be opened at a 90-degree angle, making the I.D. suitable even for people with reduced mobility. There's no B-pillar, like in the Ford B-MAX or Opel Meriva, and the rear doors are sliding. It's easy to put in and take out child seats, or accommodate bicycles. Try doing that in a modern compact. 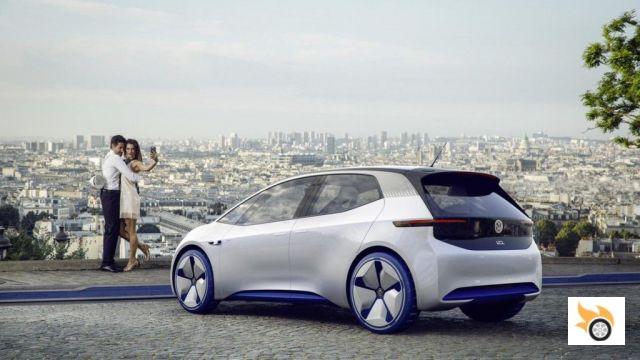 The I.D. will be the first in a saga of electric vehicles within the Volkswagen Group. By 2025 about a quarter of the German empire's sales should be electric models, and that's a hugely ambitious target. By then, no one will remember Dieselgate, and the BMW i3 will have already become a classic model. Better to be late than never to be there at all.