How much does it cost to change the oil and filter in the car? 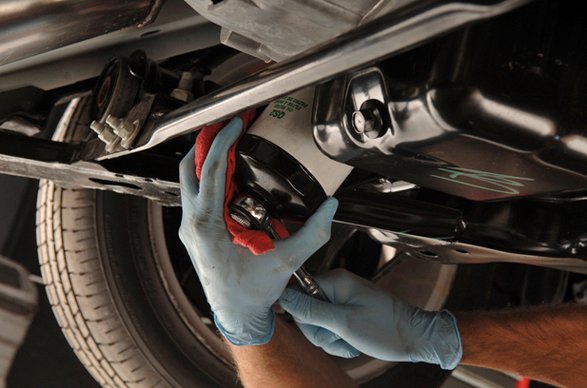 What are the oil and filter used for?

Pistons, pistons, valves and crankshafts are all steel components that would be damaged much more quickly without engine oil, rubbing against each other.Wear of mechanical parts is inevitable even in the presence of engine oil, but in a much smaller form.

Therefore, the oil and filter change is necessary to increase the life of our engine and all its components, minimizing maintenance costs in the long run.

What does the oil change consist of?

Once the old oil circuit is emptied, the oil sump is closed again and oil of the same type is poured into the circuit. In this case, the oil change is used to replace a used oil with a new one ready to lubricate the engine.

An oil filter change is almost always included in the cost of the oil change. Changing the oil but not the oil filter doesn't make much sense as it forces the new oil to go through an old filter and potentially can no longer do its job.


So let's take a look at how much an oil change for the car costs.

How much does a car oil change cost?

The cost of an oil change depends on the type of car you drive and which professional you go to for the oil change. Since it is a relatively simple activity, it is often offered by electricians and gas stations and this increases consumer choice.

Generally, the cost of an oil change is around 30 to 60 euros for an independent mechanic and then up to 90 euros if synthetic oil is chosen. If relying on an authorised workshop, the cost can easily double due to the high cost of oil per litre and the higher cost of labour.

One way to save on oil change costs is to opt for a generic oil instead of a brand name oil. By always choosing quality oils, the difference will be non-existent and you can save tens of euros. However, be careful where you buy your engine oil by always choosing well-known dealers.

How much does an oil change with filter cost the car?

Because of this low cost, we always recommend choosing a quality oil filter that will certainly not cause problems and will last longer.

Therefore, for a "complete" intervention we can foresee an oil and filter change cost of no more than 70 euros for a small car in an honest garage.

How often do you have to change the oil and filter?

The oil and filter change is perhaps a maintenance activity as simple as it is crucial for the well-being of our car. We will never stop to remind you that oil change intervals should always be respected and punctually. The cost of changing the oil and filter should be interpreted as an investment in the value of the car and not an expense.


That said, the general timeframe for oil and filter changes is every 8,000 kilometers or every 8-9 months. For a more precise indication, just consult your car's owner's manual, where the manufacturer indicates how often you should change the oil and filter.

However, an oil and filter change may be necessary if there are problems with the lubrication system. These problems are often indicated when the engine oil warning light comes on.

Still on the subject of oil, another indicator light to keep an eye on is the brake oil warning light. If the light is on, the brakes should be inspected immediately to make sure there are no leaks in the system. The cost of changing the oil will be much less than the cost of rectifying problems caused by dirty, depleted oil.

How much can an oil and filter change cost?

What is the cost of an oil and filter change? It will change depending on the shop you go to, but normally the rate, including labor, oil and filter, usually fluctuates between eighty and one hundred euros.
13 Jan two thousand twenty-two

More specifically, a survey carried out by the tire and workshop cost comparator Tallerator concludes that the average cost of a filter and oil change is eighty-nine ninety-nine euros.
In general, if the filter is not included, the budget drops by about ten euros.
17 two thousand and twenty-two

What happens if I don't change the oil and filter?

Increased wear of the metal parts of the engine.
Filter clogging due to dirt accumulation.
Temperature increase that can be caused in the engine.
Noises caused by lack of lubrication of the engine.
29 Jan two thousand and nineteen

How much does it cost to change the oil in a car?

Generally, the cost of an oil change is around thirty to sixty euros by an independent mechanic and then up to ninety euros if synthetic oil is chosen.

Oil light on: what to do to protect the engine? ❯

add a comment of How much does it cost to change the oil and filter in the car?