As I have already told you on another occasion, before the end of the year the Fiat 500 will receive its last major renovation of the current generation. New front and rear light clusters plus small detail tweaks on the bumpers will serve to update an aesthetic that will remain virtually unchanged.

The big news will come inside, which integrates the infotainment system known in the Fiat 500X, offering navigation, streaming audio via Bluetooth and other features that he was already missing the small Italian to keep in shape against the competition. 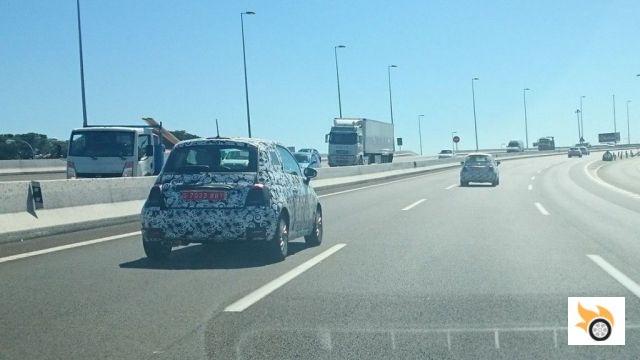 Probably also come other developments that we have not confirmed (the infotainment yes it teneos 100% assured), such as the automated braking system to avoid being run over in the city, the automatic lights and windshield wipers and small details such as new controls for power windows.

There will be renewal of the range of engines, with a range that will continue to focus on the TwinAir two-cylinder in various power specifications, and the 1.3 diesel. The arrival of the TCT dual clutch gearbox should also happen, with special interest for the Abarth, which will take longer to renew (not until Geneva next year, in March).

The next Audi RS4 would return to have sedan bodywork ❯