The D-segment is already de facto more premium than generalist

Premiums have placed about 652,000 cars until November, 8% more than in the same period of 2015. Less pronounced is the growth of generalists, 1%, or 582,000 cars. Customers in this segment are either going upmarket (albeit in minimally equipped versions) or switching to a C-segment SUV/crossover believing it to be "more car".

At the end of the day, a C-segment SUV or crossover is based on or shares parts from a C-segment model, one step below it in quality, fit, etc. Although they are taller and more apparent cars, inside a D-segment sedan is better finished. The difference in price between a D-segment sedan and a C-segment SUV is small. However, there is a significant difference in length, and it's easier to park a shorter model. D-Saloons are closer than ever to being 5 meters long, when they were typically just over 4.5 meters a few years ago.

The top 10 is as follows, according to JATO Dynamics:

These are data from January to November, but the trend is clear for the full year. Watch out for the A4 and the Superb! 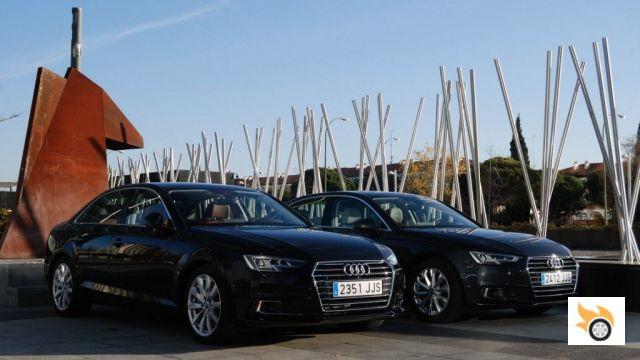 The Premium approach their offer to the customer who previously only considered a generalist with offers below 30,000 euros. For their part, the generalists are tempting higher-end customers. For example, Ford has launched the Vignale range, and Opel is growing in size with the Insignia Grand Sport next year. In other words, generalists and premiums want to take customers away from each other, and in the middle, if doubts arise, they can take more than one to their garden.


In a way the customer of an economic D sedan is disappearing, it is very difficult to see a car in this category with smaller wheels (or hubcaps) and that is not a company car. By the way, that kind of sighting hurts the eyes, if you can fit 18 and 19 inch rims in those wheel arches, seeing one with 15 or 16 inches hurts the eyes because of the disproportion. Fortunately it's easier to see a Ferrari than an Insignia or Mondeo with those wheels.

Premium models offer a lot of optional equipment, as well as a greater variety of engines, type of traction, manual/automatic, etc.

Faced with the evidence that this clientele almost doesn't exist, they try to hook them with an SUV/crossover when they enter the dealership. The same thing is happening as in the E segment, the generalists ended up abandoning the offer (today it is residual) in Europe, and it is a segment dominated with authority by the most prestigious brands, deserved or not. On the other hand, C-segment compacts, regardless of their height, outperform in many respects D-segment saloons that the owner has already got bored with or sent to the scrap heap.


It remains to be seen how new players such as the Jaguar XE or Alfa Romeo Giulia will fare over time as they gain market share. The three "usual" Germans are virtually unattainable, but they may bring more variety for those who want something less seen on the roads.