Undoubtedly, this electric concept looks better in "flesh and blood" than in the sketches we saw a few weeks ago. As we can see, it is an elegant crossover with angular lines, in line with the latest models of the Czech firm (and the VAG group), with alloy wheels of a massive size. I'd say that the production model will feature smaller wheels, but the trend is for smaller wheels, but look at the Renault Scenic: 20″ wheels as standard - narrow ones, mind you.

Closer inspection reveals a sculpted bonnet with a central hump, a panoramic glass roof and sleek LED headlights. This model could well preview a Skoda Kodiaq Coupé, along the lines of what some brands have already done, such as BMW with the X3 and X4. 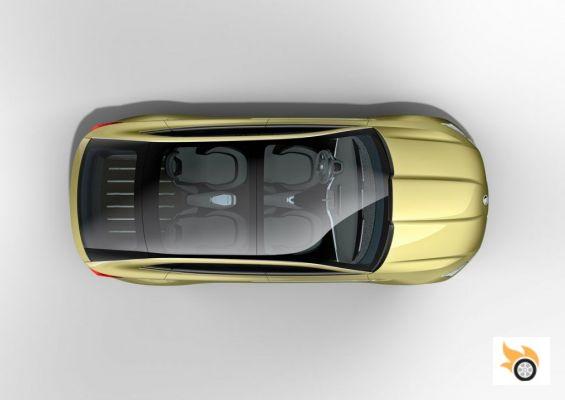 Although we can only glimpse sketches of the interior, the model will have four individual seats and a relatively open cabin, without a central transmission tunnel. The dashboard is dominated by a large central screen that is supported by a series of screens where passengers will each have their own infotainment system, as well as a phone box with a wireless charger that sits in the door.

At 4.65 meters long, 1.91 meters wide, 1.55 meters high and 2.85 meters long, the Vision E presents itself as a coupe SUV. Power is provided by a lithium-ion battery pack and an electric powertrain that together develop 306 hp. Charging, incidentally, is done by induction and is capable of charging 80% in just 30 minutes.

Through an all-wheel drive system, the Vision E Concept is able to reach a top speed of 180 km/h and drive up to 500 km on a single charge. 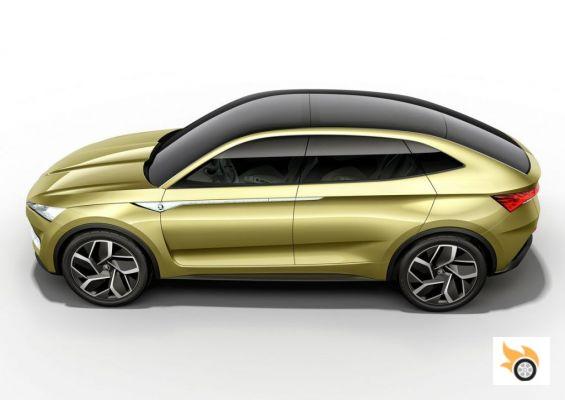 In addition to being an environmentally friendly electric, the Vision E has a level 3 autonomous driving system. This means that the model can operate independently in traffic jams, go on autopilot on motorways, stay in lane and swerve, perform overtaking manoeuvres, independently search for free parking spaces and park itself.


The concept doesn't necessarily envisage a production model, but Skoda has plans to introduce five electric vehicles by 2025 and that, thereafter, one in every four cars the firm sells will be electric or hybrid. The first model is scheduled to arrive in 2020, shortly after the company launches a plug-in hybrid derived from the Superb.

It is clear that Volkswagen and Skoda are going to go hand in hand in the new electric mobility. Now, as Spaniards, we have to ask ourselves this question: and when is SEAT going to get into this?

add a comment of Skoda presents the Vision E Concept