Its lines and design made it a reference in its time, and today it is still admired and sometimes even more recognized than the cars it transported. 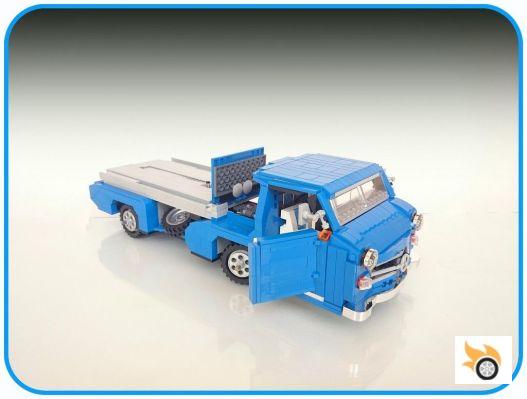 Mercedes advertised it as "the fastest racing car transport truck in the world". Under its aerodynamic bodywork was not the skeleton of a commercial vehicle, but the chassis of a Mercedes 300S, and it was bodied with an advanced driving position and many parts taken from the Mercedes-Benz 180.

Partially scrapped in 1967, Mercedes-Benz recovered it with a seven-year restoration work until it was ready in 2001 and parked it in their museum in Stuttgart (a must-see, although we leave you this video for you to salivate a little).

Abu-Jaber has worked on a model tremendously faithful to the original, with bodywork detachable from the chassis, detailed cabin, engine, and a transport bed with ramps to raise the cars.

To complement the work, he has also created a black 300 SL to show it on the truck. Cool, isn't it? 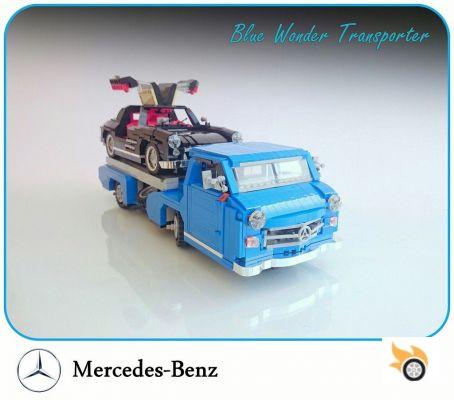 add a comment of Mercedes-Benz Rennwagen Schnelltransporter, a Lego artwork