The change is particularly noticeable at the front, where the resemblance to its older siblings is now clearer. The small grille is sharper, the logo is framed in a central rib that crosses the hood. The headlights have been lengthened a bit, changing their internal configuration and adding LED daytime running lights. On the bumper, the lower grille is widened to reach the fog lights, which are now square instead of round and, optionally, may have the function of lighting in curves (cornering light).

The change of the bumper has made its length grow 34 millimeters making a total of 3.59 meters. New 15-inch alloy wheels, optional for the Style trim, the interior design of the rear lights, now LED in some versions, and a series of new colours such as Kiwi Green complete the exterior changes. 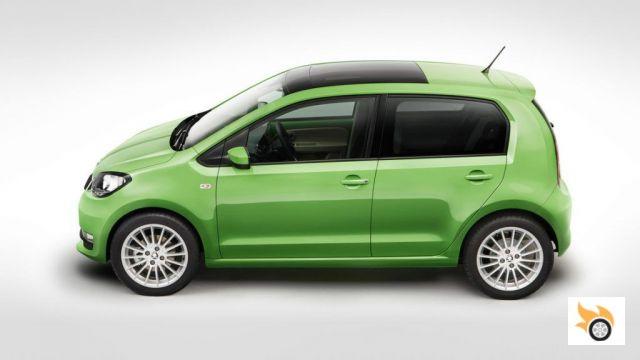 Despite the small increase in size, Skoda says there are no changes to the interior roominess or the size of the boot, which retains its 251-litre capacity. If the backrests are folded down, the Citigo has a load volume of 951 litres.

In the cabin we appreciate a new design for the instrumentation and a new multifunction steering wheel that can be covered in leather. The dashboard may be finished in two colors as well. Connectivity is improved thanks to the incorporation of the Move&Fun application system with which to control various parameters of the car from our smartphone, with connectivity for iOS and Android. Optionally, in addition to the aforementioned, the Citigo may have multifunction automatic climate control and rain sensor for windshield wipers. We do not have images of the interior.

Something typical of Skoda are the "Simply Clever" solutions, and this time the firm has incorporated an umbrella housed under the passenger seat.

Mechanically there are no changes. The other petrol engines have the familiar 1.0 three-cylinder block, atmospheric multipoint injection, with 60 or 75 hp. The power does not change, but the electronics have been readjusted and its response more energetic because the maximum torque remains constant for more revolutions. Both engines report an average fuel consumption of 4.1 l/100 km. 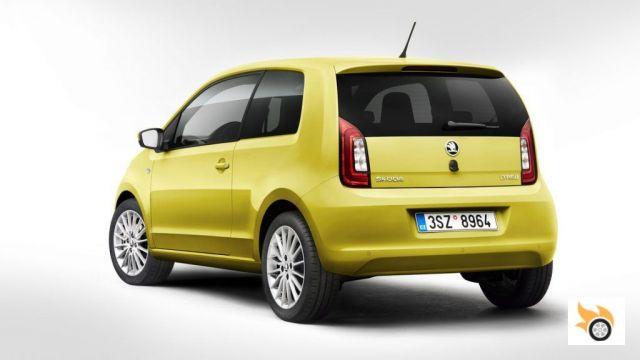 It will be available from spring 2017 with three-door or five-door bodywork and we will see it officially at the next Geneva Motor Show.

Škoda announces the Kodiaq, the next seven-seater SUV ❯