You don't need so much horsepower when there's so much radar on the road, to do 120 km/h in Castilla it's enough. The alternative is the 1.6 TDI, which at least has its four cylinders, and yields the same power. The Tiguan will offer a 2.0 TDI with the same power as the entry-level engine. Given the type of car we're talking about, it almost pays to go with more displacement for life, and have a less crowded engine.

As it can't be otherwise, those who want all-wheel drive will have to get at least 150 hp, the less powerful ones can only be front-wheel drive.

Customers who aspire to the Premium roll will be able to opt for the 1.4 TSI or 2.0 TDI, both with 150 hp, or play hard and choose the 2.0 TDI 190 hp. In petrol there are no other options at the moment. The 150 hp engines can be chosen with DSG automatic transmission, the most powerful is automatic as standard. The RRP of the 115 hp 1.0 TSI is 23,690 euros, thank goodness the promotional discount is VERY generous... This engine does not appear in the configurator, but the press release does talk about it.

As I said before, the Ateca 1.0 TSI has, for 18,800 euros, everything the customer really needs: 17″ alloy wheels, full LED headlights, some active safety assistants and, financing, four years warranty, maintenance and roadside assistance. Two trim levels are available in the range, Style and Xcellence, and all include Stop&Start as standard.

The list of options is simply kilometric, so I urge you to visit the configurator. It doesn't have any new equipment that the Tiguan or other VAG Group models don't have. Unlike competitors from Asian brands, there is more freedom of choice, without having to jump through the hoops of closed equipment. 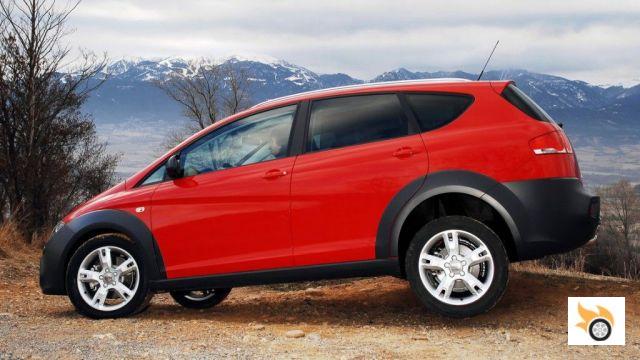 Nine years ago, SEAT sold an SUV (if you'll pardon the term), as the word crossover was hardly used back then. Not only was it an Altea with black plastics everywhere and raised suspensions, it had powerful engines (2.0 TSI 200 hp or 2.0 TDI 170 hp) and came with all-wheel drive as standard. Months later came cheaper versions, with 140 hp, front-wheel drive and all-wheel drive.

Have we gone forward? Of course, in terms of connectivity, safety and so on, yes. In other aspects I'm not so sure.

add a comment of SEAT Ateca, from 18,800 euros (with three cylinders)