Rumore rumore: The new Citroën C3 will be fitted with airbags 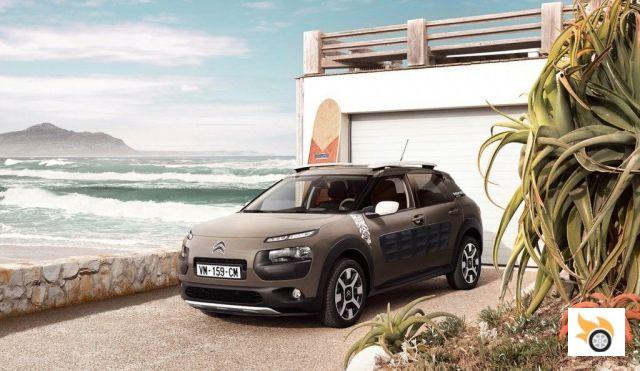 Well, everything indicates that the brand of the double gear has decided to give it that personality that it lost in the second generation. And what better way than including one of the elements that have made us write more these last two years, the airbumps. These elements are fitted on the side of the C4 Cactus and are used to dissipate small everyday knocks on the bodywork. Opening doors, rubbing....etc.

It is not an aesthetic element, which is also, if not functional. And personally, after testing and verifying it, I have to say that in battery parking is great. That of parking in battery and when you return to find the doors with pecks of other users who open the door without any care is water under the bridge with the C4 Cactus thanks to the airbumps. Citroën had it clear in the beginning, it was an element that not everyone was going to like, but it worked. And it was brave and that, first of all, is worthy of review.

Another thing is that we want to spend more than 12,000 € in a "brave" vehicle. That is already very subjective and each one must value it.

My personal bet is that we will see these elements in key points of the bodywork and possibly appear with the tone of the body "to disguise it. That it will not be such a striking element as in the C4 Cactus. The first impact has already been made with the Cactus, it is no longer necessary to go shouting to society, "I have a Citroën equipped with airbumps."


As soon as we know more details of the future C3, we'll bring it to you fast and fast from Pistonudos.

add a comment of Rumore rumore: The new Citroën C3 will be fitted with airbags