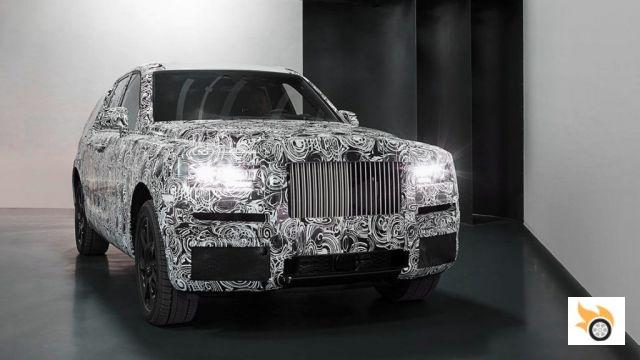 Rolls-Royce will debut a new aluminum platform starting in 2018, and this model will be among the first to have it. This brand's cars are as luxurious and exclusive as they are heavy, and this SUV will be a real behemoth. Anyone could say that getting hit by this car will be glamorous for two reasons, first, it will be a Rolls-Royce, second, death will be painless. The downside is that the story ends in a coffin inside a Mercedes E-Class or similar, a utilitarian by comparison.

At the moment the Project Cullinan is going to be tested in the Arctic Circle, where temperatures are very low. Then it will travel to the Middle East, by the end of 2017, to do the opposite, make you sweat. It had better adapt to that climate, as many of its owners will be fellow countrymen from those hot lands. The development process will cost a pretty penny, but it will pay off, even if they "only" sell a few thousand units. Roads of the world, get ready, the "Canyonero" in the strictest and most British sense of the term is coming.