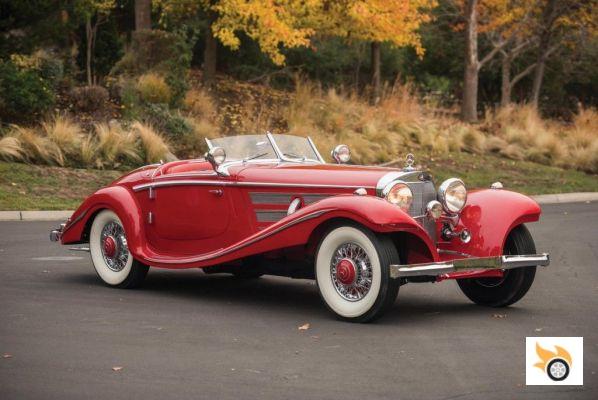 This is a 1937 example, chassis number #130894, of the first units. Fifty-eight cars were built with this body variant. It was imported to the United States before the war and still has the original mechanical components. In addition, it has the long tail and high doors, two very sought-after elements of this model. In fact, it is a pre-series unit.

It is the most expensive car ever auctioned at the annual Arizona Biltmore auction, and the third most expensive Mercedes ever auctioned. There is no word on the winner of the bidding. It had previously been owned by the same collector since 1989, and has a spotless history and 16,458 miles at the time the hammer came down. A very sweet candy, only within the reach of the wealthiest.

It was expected to have a final value of 10-13 million dollars.

Its 5.4 in-line eight-cylinder engine was extremely thirsty (about 30 l/100 km) and delivered 115 hp. For a short period of time, or by putting the pedal to the metal, a Roots supercharger would kick in and boost the package to 180 bhp. In the video the difference in sound is evident, as not to notice. It had a four-speed manual gearbox, independent suspension and hydraulically assisted drum brakes.

Investing in some iconic models is still better than betting on gold, tech companies or virgin unicorn blood.


NOTE: The Volkswagen Käfer, or Beetle, went on sale at the time for 990 Reichsmarks.