This engine uses two turbochargers sequentially, i.e. a low-inertia turbine operates at low revs, and a higher-flow, fixed-blade turbine feeds the cylinders at higher revs. Although the displacement sounds small for such a large car, it should be noted that the current generation Range Rover Sport has been made much thinner by the intensive use of aluminium. 0-60 mph takes just over 8 seconds (estimated), and it's capable of over 200 mph.

All this is achieved with a homologated fuel consumption of 6.2 l/100 km - logically it will be higher in real life - and emissions of 164 g/km of CO2. This last figure is useful for tax purposes, in the case of Spain is no advantage over the 3.0 SDV6 of 306 hp, and is equivalent to the hybrid (3.0 SDV6 Hybrid). Although the 2.0 SD4 consumes the same - on paper - than the hybrid, the latter still has better performance, in something have to be noticed 100 hp more. The diesel offer is completed with the existing 4.4 SDV8 of 339 hp, which equals the hybrid in performance with a mixed consumption of 8.4 l/100 km, but has the problem of paying 5-7% more IM. 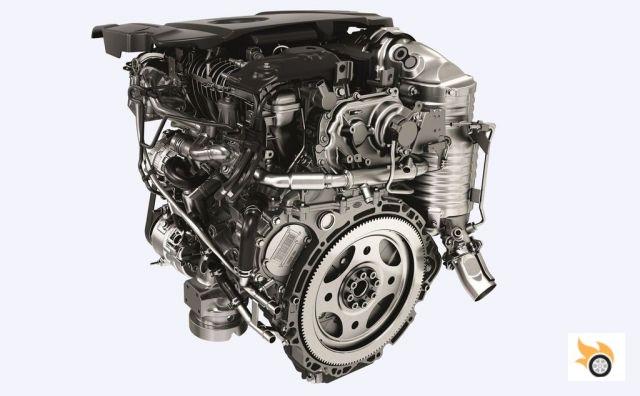 The new four-cylinder engine is already familiar from Discovery Sport and Range Rover Evoque. It is only offered for the base trim level, HSE, and is of interest as it is more economical, easier to maintain, and likely to pay lower taxes associated with the displacement (as in CO2 does not revolutionize anything, 160 to 200 grams / km imply 9.75% of IM). With 500 Nm of maximum torque has enough to move this car, less motorized were the previous Range diesel, and there they are. Reliability issues were more relevant than brute force.


Externally they will be distinguished by a double exhaust tailpipe, instead of one on each side of the rear bumper. For the overall range 19 new body colours are available, as well as an optional Bright Pack for the Autobiography.

Also new to the range is the 340bhp 3.0 V6 S/C petrol engine. This engine catapults the Range Rover Sport to 60 mph in just over 7 seconds, with a reasonable fuel consumption of 10.5 l/100 km on the approved cycle. The other petrol engines are the brutal 5.0 V8 S/C, with 510bhp and 550bhp, exclusive to the Autobiography and SVR. For those who aren't afraid of going to the petrol station every few minutes, and don't pay attention to fuel consumption, these engines could be an option. 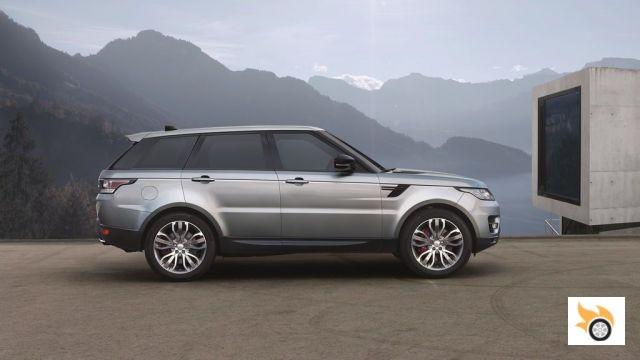 Inside, the main difference is the new InControl Touch Pro infotainment system with the new 10-inch touchscreen, which replaces the 8″ one, and has fewer physical buttons. It behaves more like a tablet - according to Land Rover it reduces distractions - and simplifies the operation of driving assists, allows the use of some mobile apps, etc. We don't have any images of the dashboard available.

The navigation system has interesting improvements. The car is able to determine when the driver is driving on a regular route, such as from home to work, so as not to disturb him with navigation directions that he already knows, but it can warn him of traffic congestion to take a detour. On the other hand, it incorporates a door-to-door navigation function. Where the car can't reach, the mobile phone will complete the walking directions with a special app.


The 2017 range reinforces its contribution to active safety with several assistances that are already widespread in the market: 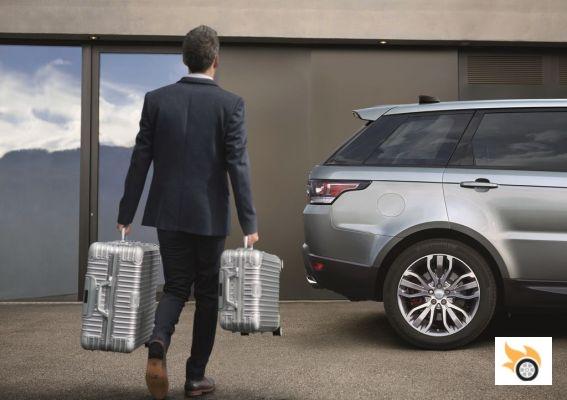 In the existing Drive Pro Pack, which includes adaptive cruise control with full stop function and automatic braking, Blind Spot Assist and Lane Keep Assist are added. The sum of all these features - either standard or optional - can effectively reduce the possibility of an accident, provided they are used correctly and do not invite more distraction than usual.

At the moment we do not have prices for the Spanish market.