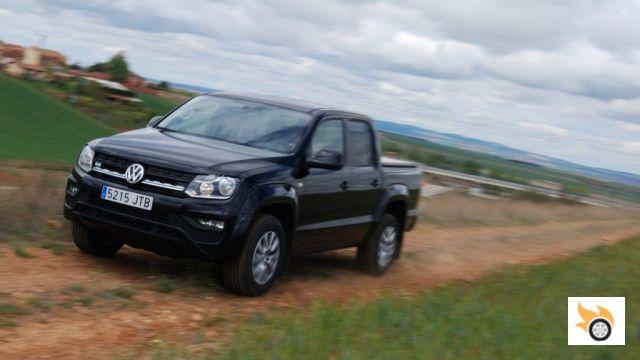 The DGT adopts Directive 2007/46/EC establishing a framework for the type-approval of motor vehicles and trailers. For the sake of simplicity, this directive considers pick-ups in a category of their own. Therefore, the DGT has issued Instruction 17/TV-97, in which we can read the following:

In view of the above, pick-up type vehicles, whose maximum mass does not exceed 3,500 kg, in which the seating places and the cargo area are not located in a single compartment and whose total height does not exceed 2 m, will be subject to the same traffic regulations as passenger cars (use of lanes in the opposite direction to the usual one, order of preference in the absence of signalling, overtaking, speeds, levels of service in winter road traffic situations, use of VAO lanes...).

In other words, it will be legal to exceed 90 km/h with pick-up trucks, a very relevant detail. Tax obligations and periodicity of ITV remain as they are. The truth is that we will see very few pick-ups registered as passenger cars and legally driving at 120 km/h, mostly because of the taxes. Those that are registered as industrial vehicles (saving 9.75% or 14.75% of the registration tax) will have a limit of 100 km/h. In the Spanish market, almost all pick-ups run on diesel, consumption is similar to that of a large SUV, so nobody should expect 4.5 l/100 km.

Sales will not soar, but the standard may have a positive effect on registrations. Up to May, 2,971 pick-ups have been registered in Spain, 24% more than in the same period last year.