"The results of the tests carried out by the Technical Commission chaired by the French Minister of Ecology, Ségolène Royal, have been communicated to us and show the absence of any anomaly in PSA Peugeot Citroën vehicles".

The same press release notes at the end that there has been no search of its headquarters by the French government's Directorate-General for Competition, Consumer Affairs and Fraud Prevention (DGCCRF). Renault has been subject to searches, that's why it had the stock market crash a few days ago. PSA shares went down a bit due to a simple contagion effect. 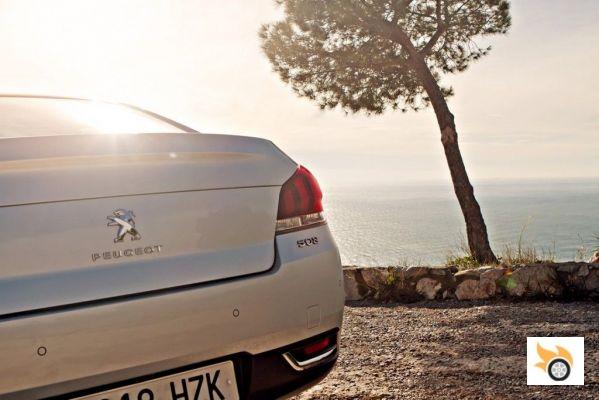 What's different about PSA Peugeot Citroën's diesel engines? It is one of the few manufacturers to have adopted selective catalytic reduction (SCR) on all of its BlueHDi engines. Most of its competitors only use that technology on medium or large cars, but not on small cars. Even the Peugeot 208 has SCR. The technological difference is more expensive, but also cleaner in its emissions. For owners it adds the "inconvenience" of refilling the urea tank at service intervals, or even before.

It is cheaper to use NOx catalytic converters (LNT), so PSA Peugeot Citroën is in a worse competitive position. In another article we told you that manufacturers like Volkswagen had saved money and competed aggressively on prices to hurt competitors like PSA, the second largest in Europe. Now, if this scandal doesn't splash you, so much the better. It may have been worth betting on a more expensive technology that gives less media problems.

But they have another open front, the overly optimistic consumption of homologations (and it is 100% legal), but they are already working with the NGO Transport & Environment to homologate these figures with more realistic criteria. We must admit that PSA is making an effort to improve its image, and not just with press releases and apologies, but with facts. PSA Peugeot Citroën is one of the main defenders of the diesel engine, and independent tests such as the ADAC Ecotest show that they are doing their job well.


Jeep Renegades are a little light in the ass when braking. ❯

add a comment of PSA's HDi engines, sin-free in France