Motor1 has picked up the words of Antonio Valdivieso, head of product communication at SEAT, and that's what he said at the presentation to the media. Although there is still a market for the most high-performance cars in this category, the pie is shrinking. Interest in Cupras and the like is waning or their target audience no longer has the money to buy them. In other words, the Ibiza Cupra would be a niche model and is not interesting to market (or something similar has been thought up in Germany). SEAT's competitors like this: Ford Fiesta ST, Renault Clio RS, Peugeot 208 GTI, etc.

The Cupra versions have accompanied the Ibiza for three generations and two decades. It comes from "Cup Racing", the most daring Ibiza for road use. There were those with 192 hp in petrol (1.8 TSI) and 160 hp in diesel (1.9 TDI), a more aggressive tuning and a more aggressive aesthetic than usual. Apparently that no longer sells so much, that yes, Aronas will be fed up to sell. The Cupra saga will continue, but in higher priced models: at least in the Leon, and in the Ateca maybe they'll bring it out. 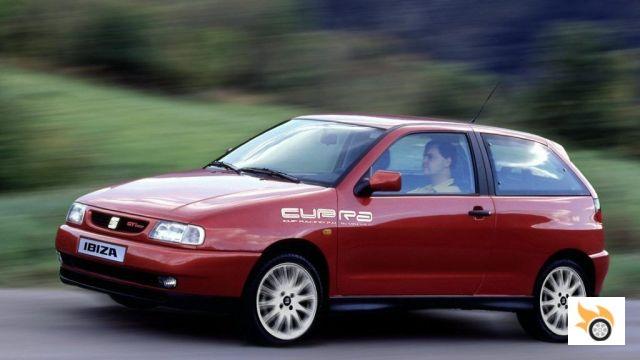 Welcome to 2017, where the Ateca FR makes more sense than the Ibiza Cupra. Will the Volkswagen Polo suffer the same policy, or will the German remain the only VAG representative in the 200bhp B-segment league? This time we can't say that SEAT is making a loss and it's an essential cut, they're already making a profit and everything!