Most of them have disappeared and the few that are still active knew how to adapt to the times. AMG was bought by Mercedes, Brabus has commercial agreements with Smart and has reached the status of manufacturer and Rinspeed stopped preparing Porsche in Switzerland to become one of the most prolific design studios in Europe, while Sbarro is dedicated to teaching.

Styling Garage, Koenig, Strosek, B+B, Panther, Vector, Bitter and Treser have disappeared. Some have left their mark on the popular imagination and are more than just a footnote in automotive history, such as Isdera. This small manufacturer surprised the whole world with its supercars, such as the Imperator 108i, with Mercedes-Benz engines. Today, we propose a journey back in time, to an era in which a craftsman could make his automotive dreams come true. A journey to a time when a concept car had to be the most powerful and the most spectacular of the show and not the most politically correct with its low fuel consumption and soft shapes, where the designer almost had to take into account the feelings of the public in order not to hurt their delicate sensibilities. Let's go back to the 80s, where to be happy, a motorist only needed a V8.

It's 1978 and Eberhard Schulz has been in the Porsche design department for 7 years, but that year he decides to set up on his own. At around the same time, Rainer Buchman has been building Porsche cars in a small workshop he set up in 1973 on the outskirts of Frankfurt. Success, fame and orders came in 1976 when he built a 911 Targa equipped with the Turbo engine from the 930. Its white bodywork with rainbow-coloured stripes, the colours of Polaroid, attracted attention at the photography fair where it was presented. From there, he developed models that Porsche didn't dare to manufacture (but as we know now, they did consider, as they still keep those prototypes), such as the 928 Targa or the 928 Cabrio.


Rainer wants to open a market beyond Porsche. Schulz, on the other hand, had a sports car project in mind based on a tubular chassis. For him, like all Germans of his generation, the absolute sports car is the Mercedes 300 SL "gullwing". At this point it is not clear, and the lack of archives does not help, whose idea it was. The most accepted version is that Schulz had the project already well advanced when he was at Porsche and Buchman, with his company B+B, allowed him to realize it. 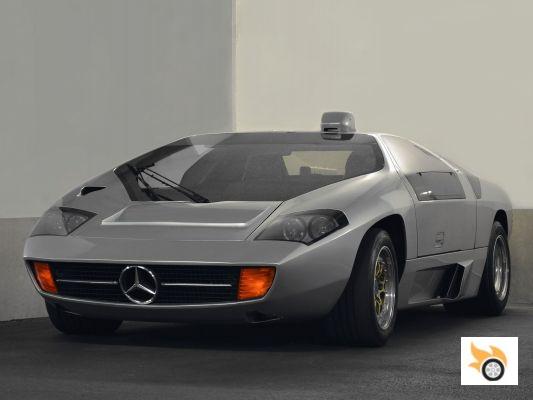 Be that as it may, in 1978 B+B presented a spectacular concept car called CW-311 (due to its aerodynamic coefficient) at the Frankfurt Motor Show. Of course, its doors were of the gull-wing type. Under the fibreglass bodywork hides a tubular chassis with double parallelogram suspensions on all four wheels and a 6.9-litre Mercedes-Benz V8 engine prepared by the then independent specialist AMG, which develops 370 hp instead of the 286 hp of the "civilian" version. With a top speed of 319 km/h, 0 to 100 km/h in 4.8 seconds and 0 to 200 km/h in 12.7 seconds the car was the sensation of the late 1970s. 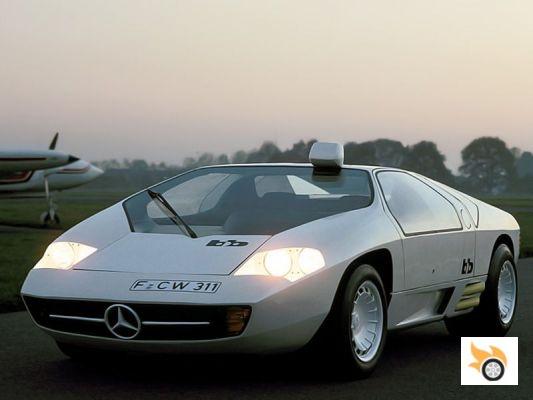 In June 1979, Niki Lauda tested the car at the Salzburgring for Automobil Revue where the performance of the CW311 was tested. The images of the test were used for a film: Car-Napping, a sort of "Gone in 60 seconds" in German style, where you can also see the famous B+B "Polaroid" 930 Targa. The most curious thing is that B+B presented the car with the Mercedes star without asking for authorization from the brand, but seeing the success of the car, Mercedes leaders did not take legal action. They simply reminded them that if they produced it in series they should remove the star.


That same year, Schulz designed the 928 Targa and Cabrio for B+B as well as the famous Pirelli tire that Volkswagen would use in a limited series of its Golf GTI. For those who know the Volkswagen scene, that tire is like the Holy Grail of vintage tires. But a few months later, Schulz leaves B+B and spends two years designing the BMW Futuro, the Group C Sauber C6 and the fairing for the WM-Kreidler.

In 1982, he decides to set up on his own once and for all. He founds Isdera, the acronym for "Ingenieurbüro für Styling DEsign and Racing". His first model is the Erator GTE, a very personal interpretation of the Ford GT40, but success comes when he decides to reinterpret his CW311 design as a Spyder. Thus was born the Isdera Spyder 033i.

The Spyder 033i despite its aesthetic kinship with the Mercedes of the time (optical groups) was actually a reinterpretation of the Porsche 550 Spyder. The absence of a windshield was compensated by the delivery of two full-face helmets matching the color of the car and two waterproof racing suits. Of course, the vertical opening doors could not be missing. 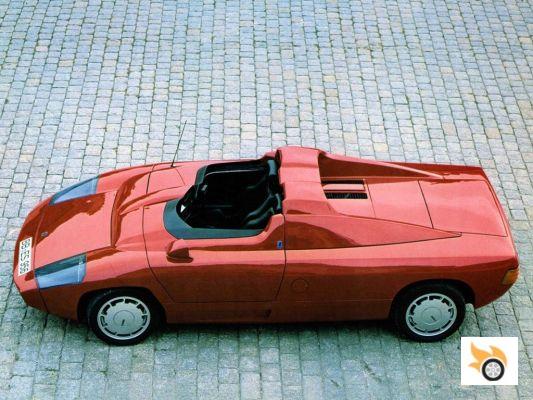 Isdera offered two engines. One was the 4-cylinder 1.8 liter Golf GTI powered by Schrick to 136 hp or the 5-cylinder turbo Audi 200 hp. The Porsche 924 Turbo gearbox was the same for both engines. The 0 to 100 km/h in 6.8 seconds may seem modest, but with no windscreen and a chassis with a 50/50 weight distribution, the sensations must have been very real and not modest at all...

In 1983, Schulz works on an Opel Cabrio project, but what really motivates him is his new model, the Imperator 108i. This was none other than the CW311 with some aesthetic modifications and a wheelbase lengthened by 8 cm with respect to the CW311. Initially, it was equipped with the 5-liter V8 Mercedes and 235 hp, which allowed it to reach 262 km / h. Logically, this was not enough for some customers and it was not long before the 5.6-litre 300 bhp V8 was offered in conjunction with a 5-speed ZF manual gearbox. 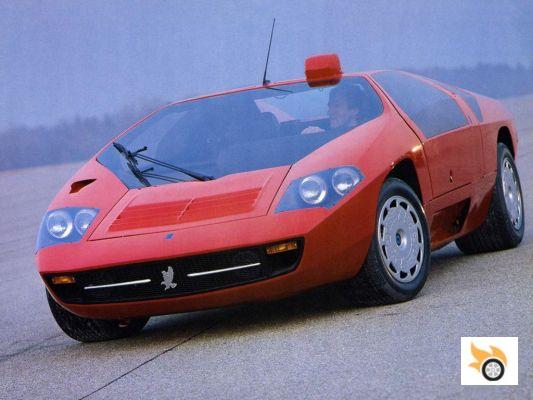 For those who thought 300 bhp was too little, there was an option with more power: the same 5.6-litre V8, but prepared by AMG with a 32-valve cylinder head and producing 365 bhp. Alternatively, the 420bhp 6.0-litre AMG V8 could be used. In that case, the performance lived up to its Group C looks and technology, reaching 300 km/h and 0-60 mph in 4.5 seconds, and it reached 308 km/h (198 mph). In 1985, these were figures that very few cars could boast. And although nowadays, there are only a few that can demonstrate those performances, they are still very impressive times. By the way, Isdera was no stranger to the technical advances of the time and the Imperator was equipped with ABS brakes and its engines were catalysed, thus opening up the lucrative markets of the United States and Switzerland, where catalytic converters were compulsory long before they were in the European Community. 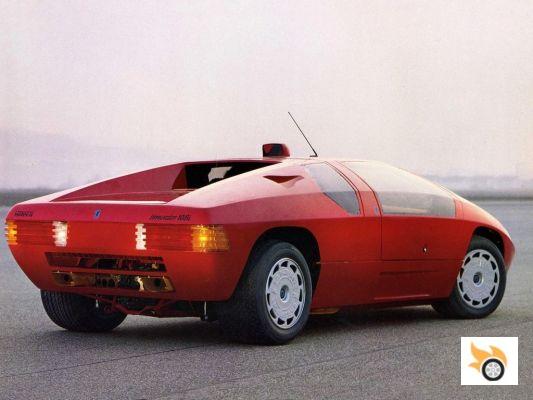 Although Isdera considers that there was an Imperator 108i phase 1 and a phase 2, the reality is that the cars were made according to the customer's taste. For example, there was a version made according to FIA regulations for endurance racing. It never competed -as far as we know-, its customer would only want a registered racing car. The EVO 1 made do with the 330 bhp 5.0-litre V8, but thanks to its lightening diet it reached 310 km/h and covered 0-60 km/h in 4.8 seconds. 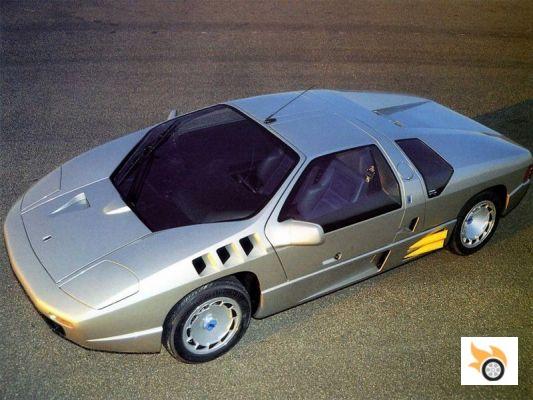 In 1991, the Imperator 108i becomes the phase 2 (MkII or Series 2). In addition to fairing headlights and other aesthetic details, the Imperator could also be fitted with air conditioning. It is not known exactly how many Imperator's were made in total, nor how many Isdera's to be honest. The brand only mentions that 17 Imperator 108i MkI units were produced. The Spyder and Imperator officially remained in production until 1992. 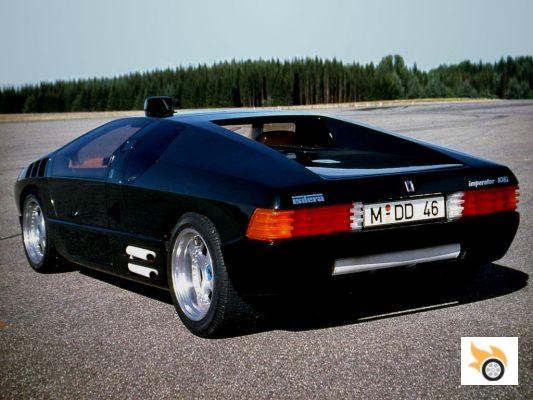 That year Isdera embarked on a project that would eat up all its financial resources, the Commendatore 112i. Leaving behind the rectilinear shapes of the 80's of his previous productions, Schulz designs an authentic Group C of soft and organic shapes adapted to the street. At 4.66 m long, 1.88 m wide and only 1.04 m high, it is an imposing beast. The gullwing doors reveal a leather-covered Group C cockpit, while the two gullwing rear bonnets (yes, also) reveal a 620bhp Mercedes V12 linked to a Getrag 6-speed gearbox. 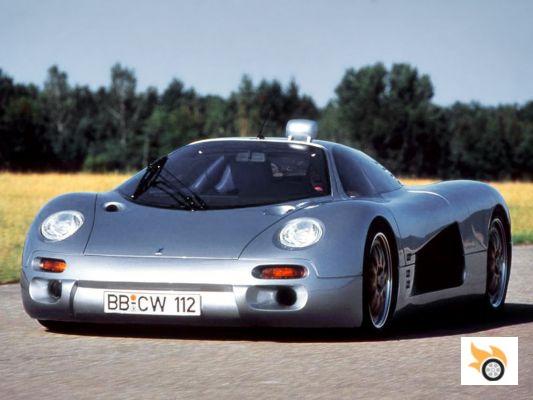 Its performance lived up to its looks with a top speed of 370 km/h and a 0 to 100 km/h in 4 seconds. Notably, it was one of the first cars to use an aerobrake. The rear wing was raised at an angle of 80 degrees under hard braking to assist the Brembo system.

Eventually competition from the big brands, such as Porsche and Ferrari, as well as the arrival of the McLaren F1 put a brake on the Commendatore's development. Isdera could not keep up with the level of investment required for a project of this magnitude. Only one unit was produced, characterized by its Azev wheels of 18 inches at the front and 20 inches at the rear. The car was last seen in the hands of a Swiss collector. 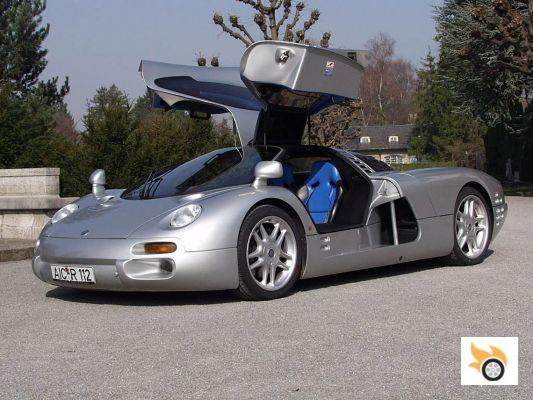 Isdera's latest creation is the AutobahnKurier, in reference to a Mercedes coupe from the 30's and 40's. It is a free and baroque interpretation (the rear is inspired by the Bugatti T57 Atlantic) of one of the most beautiful and most unknown Mercedes-Benz models. By combining two Mercedes V8s, they have achieved a 10-litre V16 that develops 600 hp and delivers 900 Nm at 2,700 rpm. Manufactured in a single unit, it's hard to believe that it came from the same mind that created the Imperator, a model that won numerous design awards throughout its existence. Isdera is no longer what it once was.