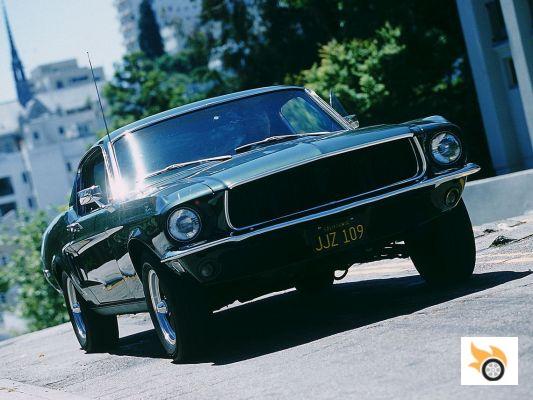 Before proceeding with the restoration, they consulted with Kevin Marti, Mustang expert and owner of Marti Auto Works, which has the database of all models manufactured by Ford from 1967 to 2012. The next thing they did was look up the VIN, that is, its vehicle identification number or VIN. This reference is the serial number that all vehicles have engraved on the chassis, this vehicle had some rust, but it was found to be authentic.

Then came the surprise at Lalo Schiffrin's pace: according to Marti's serial number file, this model was one of the two vehicles used in the filming of Bullit, a movie in which Steve McQueen plays a tough detective who must hunt down a Dodge Charger occupied by "the bad guys". One of the two Mustangs from the filming was being tracked, the other one - the one we are talking about - after changing owners several times, was considered lost until that moment.

When we understood its origin, the modifications found made sense. The reinforcements of the rear axle and chassis were made to be able to withstand the jumps in the chase through the streets of San Francisco, the mysterious holes in the trunk were to hold the subjective camera and of course, the original color was Scottish green. The chase was a three-week shoot concentrated into a thrilling chase of about six minutes.

Despite many production glitches - dents come and go, more hubcaps than wheels pop off and multiple overtakes on the same green Beetle - in the close-ups it's Steve McQueen driving, the speed is real and there's not a drop of computer, that was impossible in the late 60s. All this makes the chase as engaging as it was at the time of the film's release. The same created school for the following films, on the other hand increased sales of the model, more in the same color and is often known as the Mustang Bullitt.


The Mustang found again is practically restored and already has potential buyers, although it is not for sale, perhaps because the film will be 50 years old in 2018 and its price may be even higher.


It is paradoxical that this model, being a real protagonist of a movie, almost becomes a copy of another. In this case the scratch-off - from the serial number of the chassis - was rewarded thanks to a phone call.

More SUVs were sold in Europe in 2015 than compacts or subcompacts. ❯