Interview with Saúl López: "get into a Tesla, put the "Ludicrous" mode on and put the pedal to the metal".

Over time his Youtube channel has become a reference point to keep abreast of what's going on in the electric car company with almost 13,000 subscribers, even testing competing models. Considering his experience and knowledge of the brand, he deserves an interview, and we thank him for answering our questions.

Pistonudos: Saúl, do you think that the mere existence of Tesla has advanced the electric car both at the level of industry and private users, or would everything have happened more or less at the same time?

Saúl López: I think that if Tesla had not existed, we would still be at the same point we were at before the Roadster and Model S. What Tesla has done to accelerate the transition to sustainable transport is enormous. Tesla is a startup that doesn't even make 100,000 cars a year yet, and it has already forced major automakers to get their act together, never better said. If the Model 3 works out well, the cars we see on the road will never be the same again.

Q: If the Model S hadn't been around when you bought it (2014), what other model would you have been interested in competing, and why?

SL: When I was looking at cars in late 2013 I was contemplating the BMW 328i GranTurismo and the Audi A4 Avant (*), in petrol both. Had Tesla not existed I would have ended up with either of those two, or another similar model from the competition.

(*): Due to Norwegian subsidies and tax policy, the price of the three cars is very similar even though the Model S is in a higher segment and more powerful. 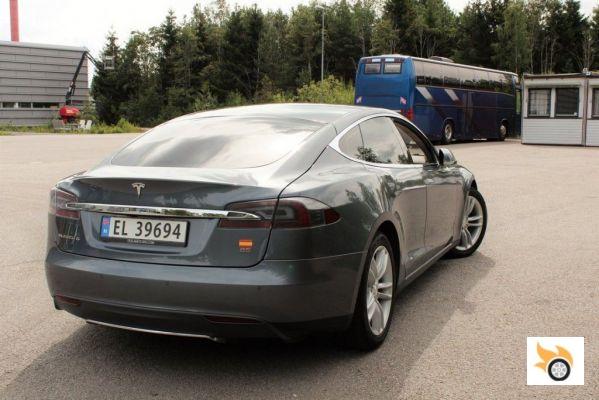 Q: Considering that in your home you use "slow" charging (domestic plug), being able to charge your Model S at home in Spain, would you have bought it, or would you have waited for a decent network of fast chargers? In your daily life do you use the Superchargers or are they for sporadic use?

SL: If I had lived in Spain in similar circumstances to Norway (with the same daily distance travelled) I would have bought the Model S, but not at the beginning of 2014 but a year later. Why? Because of the absence of Superchargers in Spain in early 2014, along with the absence of Tesla's plans to open a store and official service in Spain at that time, which would have thrown me back. 2015 was already different because we already had Superchargers in Spain and we were starting to hear about Tesla's landing. And in 2016, between the fact that we already have 3 Superchargers open, 2 under construction, and plans underway for as many more, and that Tesla's arrival seems increasingly imminent, I wouldn't hesitate for a moment.

As for charging the Model S, the "slow" charging gives me 150 km of range per night plugged in, so that wouldn't have been a problem at all. I would still charge at home on a standard plug, even if I have a Supercharger 15 minutes away (which is currently the case for me). Superchargers I use exclusively on a spur-of-the-moment basis when I'm on the road. I don't even stop to charge when I pass by on my way home. If I'm moving around my area on short journeys, I charge at home.


Q: After having supported the "Spain Loves Tesla" campaign, do you think that the Spanish political situation - in deadlock - can harm the possible awarding of the European Tesla plant here? Is there room for hope or do you see that the fish is already sold in another country?

SL: I don't see that the fish is sold in another European country, so there is still a lot of room for hope, despite the fact that the political situation in Spain is detrimental to this type of initiative. What should not be forgotten is that, before Tesla starts looking to Europe to set up a factory, it has to reach (or be close to reaching) its maximum production capacity in California. Until that happens (and it will probably take a couple of years yet, if everything goes as planned) in Europe they'll be pulling with the small final assembly factory they have in Tilburg, Holland. 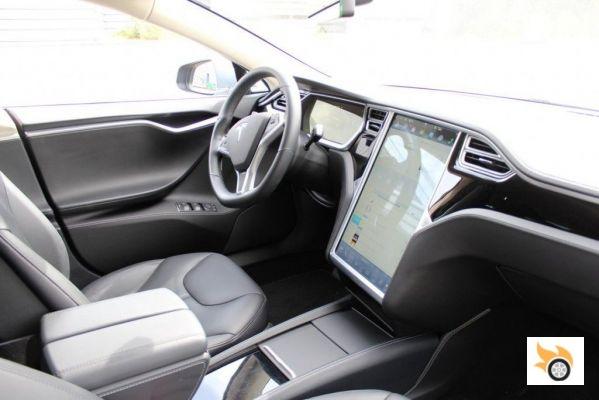 Q: Regarding the quality problems you have described in your videos about the Model S, do you think they are reasonable considering that it is a manufacturer with little experience, or totally normal in premium brands of high cache? Do you value positively so many changes in warranty or do you think it is Tesla's moral obligation to keep the bar high?

SL: Those quality issues are not at all normal in a premium brand and in a 100,000 euro car. That's why I'm so annoyed and I go again and again to Tesla and ask them to fix them, down to the smallest detail. But do you know what the difference is? When I had a Mercedes SLK, I did the same thing with every detail, and they systematically wriggled out of it or told me that the warranty didn't cover it. In particular, I fought a lot with a noise from the mechanism that operated the roof that other SLKs didn't have and that drove me crazy. Well, I had to eat it...


That never happens at Tesla. They are aware that they are a very young car manufacturer and that they make mistakes. And they do their best to fix them, and compensate the customer so that they are always satisfied. They disassemble the car from top to bottom if you ask for it, until they find the smallest detail that the customer considers that it is not perfect. And they give you a replacement car, taking it to your door if necessary. I have never seen such a level of customer service from any other car manufacturer, or any other brand for that matter. I rate Tesla Motors' after-sales service very highly. It's the best I've seen.

Q: Your Model S has 385 hp, but a fuel consumption that is not painful to the wallet. Would you have considered buying a sedan with so much power if it had high fuel consumption (say >10 l/100 km)?

SL: No, absolutely not. Consuming more than 10 litres of petrol to cover 100 km in a car is an outrage. Not only economically, but also in terms of CO2 and particulate emissions. 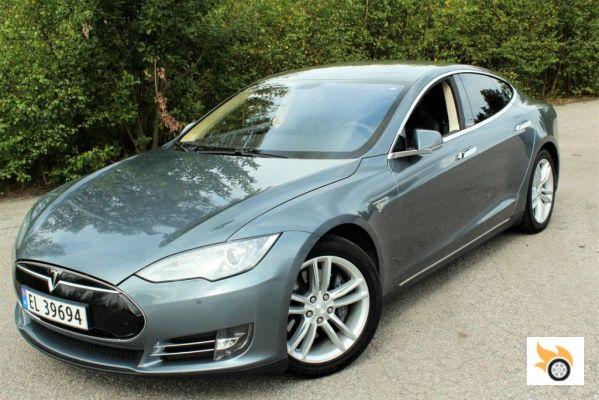 Q: Tesla's Autopilot system was designed for specific driving conditions. How satisfied are you with the way it works? Can you say that it has helped you avoid any potential accidents? Do you think Tesla adequately warns drivers of its limitations?

SL: Tesla's Autopilot is the best driver assistance system I've tried. It's far superior to all of its competitors. Having said that, as many media outlets are quick to sensationalize headlines lately to attract readers, I want to emphasize that Autopilot in no way causes accidents, kills, or breaks speed limits, or similar barbarities that I've read about. No, the Autopilot doesn't do any of those things, if anything, the driver does.

Where did people get the idea that autopilot is synonymous with an autonomous driving system that does not require the presence of a human at the wheel? Would you like to fly in a plane (planes have had autopilot for decades) and suddenly see the pilot and co-pilot of the aircraft walking down the aisle, knowing that there is no one in the cockpit and that they have left the navigation in the hands of a computer? No, you don't, do you? The same goes for Tesla's Autopilot.

Autopilot (whether in a car, a boat, or an airplane) is a system that controls the trajectory of the vehicle without the need for constant intervention by the human pilot, but it does not replace the pilot, it is not an autonomous driving system. The driver has to be attentive to the road at all times. No reading, no sleeping, no reading the latest tweets on your phone.

And to return to your question, Tesla adequately informs of all the limitations and operation of the system, not only before activating it (it is disabled by default), but also with multiple reminders during its use. So, although I have not experienced any situation in which the Autopilot has prevented me from an accident, I do know of quite a few cases in which it has done so. I'm very pleased with how the system works, and I hope that more progress continues to be made in these advanced driver assistance technologies, as they greatly reduce the risk of accidents (Tesla's Autopilot already does this by 50%) and the consequences of accidents when they do occur. 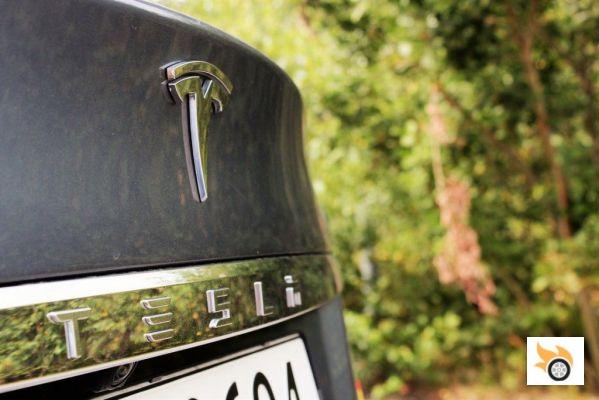 Q: Considering the history of hacking in FCA models or the Mitsubishi Outlander PHEV, are you worried about someone hacking into your vehicle, despite the robustness of its systems?

SL: No, I'm not worried about that. There's only been one case of Model S hacking, it was with owner consent and the hackers needed physical access to the car in order to connect to a LAN port, if I remember correctly, and from there to be able to control some things in the system. Tesla's security patch came out the next day, and anyway in the 3 years the Model S has been on the road no one else has managed to hack it. I think it's very well protected.

Q: In the near future Tesla will allow owners to autonomously drive their cars as "taxi drivers" for money. Would you be willing to do that with your car for money, or are you more of a "my car is mine" kind of guy?

SL: I'm a "my car is mine" kind of guy and I'm the only one who touches it. But there are a lot of people who are not, and that system could be very good for them financially. I should use more reason and less heart with my car, but it's very difficult for me...

Q: Finally Saul, for those who don't believe in electric cars as sports cars and need to hear the noise and feel the engine, how would you try to convince them to try a high performance electric car?

SL: A Tesla doesn't accelerate in absolute silence, the whistling sound its engine emits is reminiscent of spaceships in science fiction movies, like Star Wars. That sound, coupled with the immediate delivery of brutal power, becomes more addictive than the roar of a V8, which ends up seeming like "much ado about nothing". Not convinced? Get in a Tesla, put it in Ludicrous mode and put the pedal to the metal. That's the best argument.

Restoration of the only rolling example of the original "Volkswagen". ❯

How to get started in the LEGO world

The history of the Renault Seven/7

Add a comment from Interview with Saúl López: "get into a Tesla, put the "Ludicrous" mode on and put the pedal to the metal".