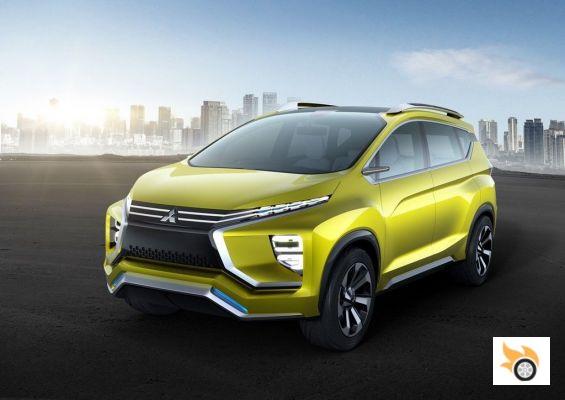 MPVs have started to decline due to designs that are more function-oriented and less form-oriented. SUV and crossover designs are more appealing to today's buyers, to the point that they have more than once overtaken the more versatile family cars. You can combine a good use of space, but with an image that attracts the wallets of customers. That's where our protagonist comes in.

The XM Concept is a seven-seater, slightly raised off the ground, the usual in SUVs. According to the manufacturer, the design wants to evoke robustness and protection, that is, psychological safety. The typical SUV customer is looking for both design and psychological safety. In addition, Mitsubishi says it is prepared to drive on unpaved roads or "during tropical storms", although the latter is a problem more typical of the latitudes where it will be manufactured.

The formula of combining SUV and minivan has been explored by manufacturers like Renault, and it seems that it will be a trend in the medium term.

We have no images of the interior, although we know that the seats will allow some modularity, and that the center console will be very horizontal, with contrasts between white, black, and silver shades. As for its performance or mechanics, we only know that we know nothing.