Kia is betting that by 2020 the juiciest segment in Europe will be the B-SUV, and that it will overtake the C-SUV. In other words, they intend to attract the traditional B-segment customer, those who move down from the C-segment, and those who want something more attractive than an MPV (see the Kia Venga). They believe the Stonic will be the most attractive.

The Stonic will be unbeatable on warranty, it alone gives seven years or 150,000 km.

The design is not as daring as the Kona, it's more conservative, although it has an extended C-pillar that splits the two-tone roof in two, like a sort of targa. Obviously the roof cannot be removed. It will have 20 two-tone color combinations, only for the roof there will be five, will be the most customizable Kia to date. 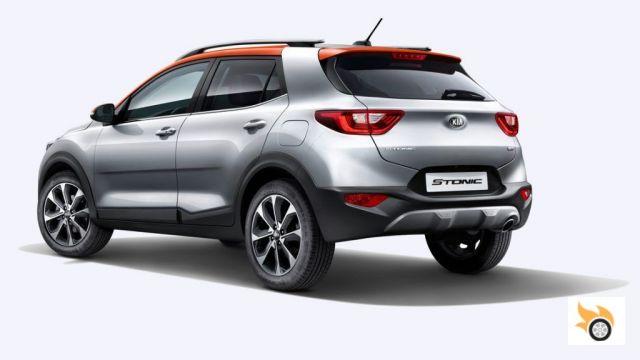 At the moment we don't know the ground clearance data, but it seems quite generous. However, as the release comments, it will be a road-oriented model with a driving feel similar to a non-SUV, but it looks the part. At the end of the day, these cars are fundamentally urban. Plastic bumpers are everywhere, and the faux rear diffuser masks the perception of a cheap car by having such a large unpainted plastic bumper. In the front flees from the stridency of separate optical groups.

Opening the boot lid we will find a capacity of 352 liters, separated into two floors. The upper one will come in handy to place heavier loads, given the height of the tailgate above the ground. Sacrifices on the altar of design, je supose. Inside you'll have - according to Kia - class-leading shoulder room, and that's important if you're looking to replace an MPV. Length and headroom dimensions are described as generous, but without figures.


Of course, the Stonic will be customisable inside with colour inserts. The design is neat and functional, with the now-typical screen for the infotainment system in a position to reduce distractions, and the air vents in a good position. The instruments are slightly oriented towards the driver. Apparently, it looks very good, after all, Kia is reasonably priced, but reasonable quality too. Android Auto and Apple CarPlay compatibility will come as standard; not surprisingly, in the B-SUV segment most customers buy well-equipped or top of the range versions. 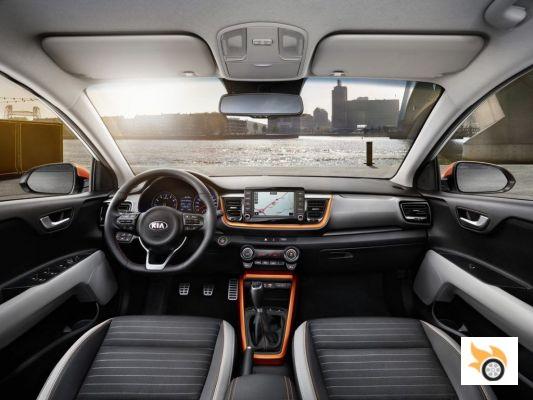 Let's move on to the engine part. Its mechanical hearts will be petrol and diesel. As for the green hoses, the range will consist of the three-cylinder 1.0 T-GDi and atmospheric units 1.2 and 1.4 without direct injection, we must assume that depending on markets. The star engine will be the 1.6 CRDi in two power levels, note that there is no 1.4 CRDi.

The Stonic's platform and body are made of 51% high-strength steels.

Steering and suspension have been calibrated "to European tastes", promising immediate response and smooth, predictable reactions. Interestingly, ESP is complemented by Kia's Vehicle Stability Management (VSM) system, which has the following functions: brake torque vectoring control, straight line stability and cornering braking control. I'll be damned if the ESP isn't capable of doing all that as it comes out of the supplier, Bosch perhaps?

Other safety features it will or may have are Autonomous Emergency Braking (AEB) with vehicle and pedestrian detection, Forward Collision Alert(FCA), Blind Spot Detection (BSD), Rear Cross Traffic Alert (RCTA) and Lane Departure Warning System (LDWS). The front camera also provides High Beam Assist (HBA) and Driver Attention Warning (DAW). None of this is anything new under the sun. 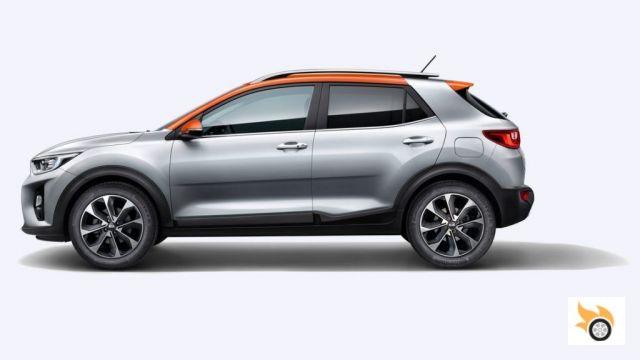 The Kia Stonic will arrive in the third quarter of the year. We don't know the price, neither "from" nor "to". One thing seems more or less clear, in Galicia and Portugal it seems that it will sell better than the Hyundai Kona, because it doesn't have so much stigma in its commercial name.

add a comment of Kia Stonic, the Koreans' safe bet in crossovers