Pablo confirmed his suspicions with the video camera, the car lifted off the ground. Initially it was thought to be an isolated problem, and from the press department of FCA the response was that it was a pre-series car, had had a failure in the brake system, and that had affected the brake distribution. Later it was learned that it was a normal production car, but one of the first.

The km77 testers performed the same experiment with two other Renegades and did not notice it, but it happened again last month with a unit with the same engine, only heavier, which had not suffered the same failure as the previous one. The wheels have lifted, but much less, and it's a phenomenon that doesn't happen all the time. We also know that the current owner of the unit tested in 2015 is aware of the problem, and that nothing has happened to it. You can read the full story on the Engendro Mecánico blog, which belongs to km77. 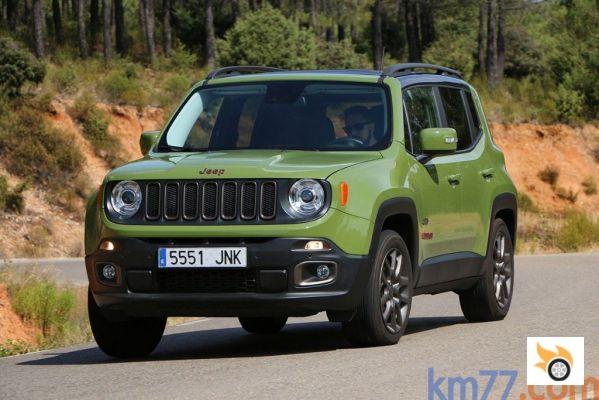 It would be understandable that the green car, which is automatic and 4×4 (heavier) lifts the wheels off the ground less, but it shouldn't lift them off the tarmac! It's totally normal to shift weight forward under braking, no car on the market, past, present or future, is spared, because they are laws of physics that cannot be changed. What seems clear is that, under certain circumstances, the Renegade can pop a wheelie while braking.

The manufacturer should issue a recall as soon as it discovers the reasons for the problem. In the meantime, the generic advice to drive within the speed limits and maintain an adequate safe distance is more important than ever. As long as this happens to professional testers in a controlled environment, it's OK, but if it happens on a real road, with a minimally slippery surface, it can be a much more serious matter.


I would like to take this opportunity to remind you why you have to fit new tyres (when you only change two) on the rear axle, you have to compensate for the partial lifting of the wheels, the front ones will always have a firm tread. When a car lifts the wheels completely, it means that the braking distribution is not correct, and the front wheels have received more pressure than necessary in the brake circuit.


Nissan e-power hybrids are a good alternative to diesels ❯

add a comment of Jeep Renegades are a little light in the ass when braking.