Jaguar Land Rover hits back at Landwind with lawsuit

In China, foreign manufacturers have a better reputation than local ones.

The Range Rover Evoque was introduced in 2011, it's clear who got there first. In China the X7 was unveiled at the same time as the domestically produced Evoque, in collaboration with Chery, during the 2014 Guangzhou Motor Show. The Brits tried to stop the Chinese judiciary from halting the sale of the copy, but the request was not satisfied. Now JLR is going back to the carca, as confirmed to Reuters by a source familiar with the case who speaks from anonymity. The legal process will take years.

In general, it is not worth suing Chinese industry copy&paste for several reasons. First, there is no guarantee of a favorable ruling, which would happen in the rest of the world, as when Great Wall copied the Fiat Panda or Shuanghuan did the same with the BMW X5. Secondly, victory may be a long time coming. It took Honda 12 years for a court of law to find for a copy of the CR-V, and the compensation was symbolic. Finally, the lawsuit may be seen by the public as an attack on the domestic industry. That's the way it is. 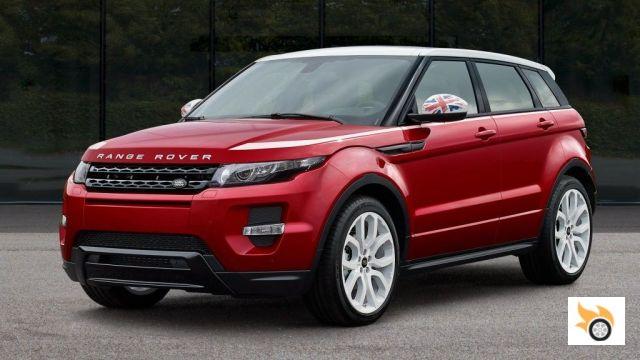 A customer without a clue about cars will think why you have to pay two to three times more for "the same thing".

In fact, in the last few months of China's economic slowdown, a worrying phenomenon has been observed. Domestic brands, numbering more than four hundred, are taking customers away from foreign manufacturers - with or without partnerships with Chinese manufacturers - by making their products cheaper. One of the causes of this cheapening is none other than skimping on safety equipment that is not mandatory to install, such as electronic stability control (ESP). This, in the SUV segment, is even more serious, because these vehicles are more prone to have problems in extreme situations due to their worse dynamics.


What will happen when Landwind aesthetically updates the X7? Land Rover already refreshed the Evoque, will Landwind copy it too, keep the original design, or reinterpret it to their liking? Jaguar Land Rover is already thinking about those scenarios for when the copied SUV is refreshed, as the source says.

Nobody gives a penny for a penny, or to put it more modernly, the price difference between the Evoque and the X7 has its justification, but it's not always apparent by looking at photos or a car on display. For example, the Shuanghuan CEO, a copy of the X5, in only 100,000 kilometers can be in a sorry state, as demonstrated by Autobild journalist Wolfgang Blaube. He bought a unit just to see how badly it would age, and he was right. The car had more rust and deterioration than a European car in 20 years without care, only his was seven years old. In other words, the car was a pile of dung, and after a few Top Gear-style smash-ups, he blew it up with dynamite. It's all a bit filmy, but the images speak for themselves.

By the time the Chinese justice system reaches a verdict, favourable or unfavourable, thousands of X7s will be rolling around China. Differences will emerge in aging, customer satisfaction or survival of the same as they are crashed. While you can replicate a product aesthetically with relative ease, replicating other properties is another matter.


The Evoque is an expensive car because it's premium, but also because it's much better made. Maybe Jaguar Land Rover only gets a moral victory, but it could set a precedent, and other legitimate manufacturers could be encouraged to sue the copycats. If it weren't for the high protectionism that China affords its local manufacturers, its industry would have all but disappeared or would be much more concentrated in a few solid manufacturers.

99%
We have been able to give 99% of times, the solutions that users were looking for when consulting our page.