Officially speaking, there is no Honda NSX R, but if there is, the car would have to be more radical. One of the possibilities, and quite logical, is to remove the front electric motors and the battery from the hybrid system. Therefore, the car would become a conventional rear-wheel drive car. In fact, we're going to see an NSX without a hybrid system - and squeezed with electric turbos - at this year's Pikes Peak Hill Climb.

The rear electric motor would be retained, being included in the drivetrain. It would lack a KERS or equivalent to take advantage of it.

Despite the decrease in power that this would imply, it would weigh considerably less, and one thing can compensate for the other. In addition, by using composite materials -and expensive- it can also be lightened in non-vital parts of the body, such as the roof, since the chassis already enjoys a great rigidity. That would increase the price quite a bit, but in the case of a limited edition, it's somewhat affordable. 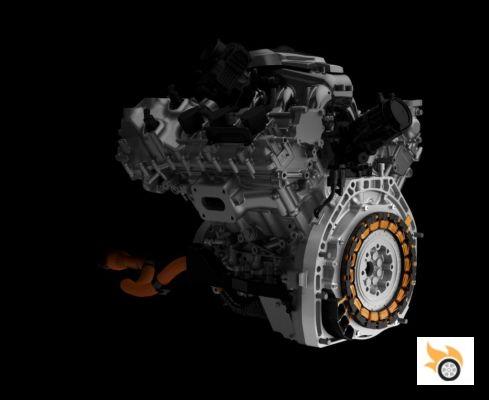 In connection with that, another more than likely version of the NSX that may come to market is the convertible, as the chassis is already very rigid. Let's remember that the first generation Honda NSX had a Targa option (from 1995), which is the easiest thing to do when it comes to convertible cars. Whether it makes sense to market it is another matter, we'll have to see how well the coupe sells.

On the other hand, there is a suspicion that the NSX may have some sort of active aerodynamics, such as a retractable spoiler. Honda did studies on active aerodynamics for that car, but the new NSX doesn't have any variable geometry elements, it's constant configuration. What's the point of doing that study if it's not for a more radical version?

Aside from that hypothetical NSX R, Robinson has provided some very interesting information. By rummaging through the car's menus, you can get to a maintenance mode, in which the ABS and all electric motors are deactivated. Therefore, you can know what a propulsion NSX looks like with the hybrid system capped, although the feel of the car and the steering will change a bit, lacking something it was designed to have.

add a comment of Imagining the Honda NSX R