This news comes in the midst of the jubilation caused by the double podium of the South Korean team that, in equal conditions, has beaten two of the three Volkswagen Polo WRC in their home rally. Dani's performance deserves a special mention as, penalised by a poor starting position on tarmac, where starting later makes the ground dirtier and more slippery as the cars cut corners and throw dirt onto the tarmac, he was only 23 seconds off the lead at the end of Friday. On Saturday his mission was to attack team-mate Thierry Neuville's third place, just 12.7 seconds behind at the start of the day, and after a constant tug-of-war throughout the day, a spectacular run through the Panzerplatte Lang 2 section with the second fastest time (second only to the almighty Sébastien Ogier) at the end of Saturday saw him finish the day in third place overall.

With second-placed Andreas Mikkelsen just 2.6 seconds back, and Neuville just four tenths of a second behind, the two i20 WRCs took their particular fight to Sunday, where they managed to drop Mikkelsen's VW Polo to fourth, with Dani Sordo emerging the winner of this fight, taking second place by just one tenth of a second after sixteen stages of the rally. Two stages had to be cancelled, one due to the terrible accident involving Stéphane Lefebvre and his co-driver, whose lives are fortunately not in danger, and the second due to poor spectator positioning.

Speaking of Neuville, the event on German soil has been the scene of fights between these two drivers for the last 4 years, where the Cantabrian has the advantage in the accumulated (3-1), but where that only defeat represents the first victory of the Hyundai brand in the World Rally Championship. Victory that, of course, brings back good memories to the readers of Autoblog Spain. 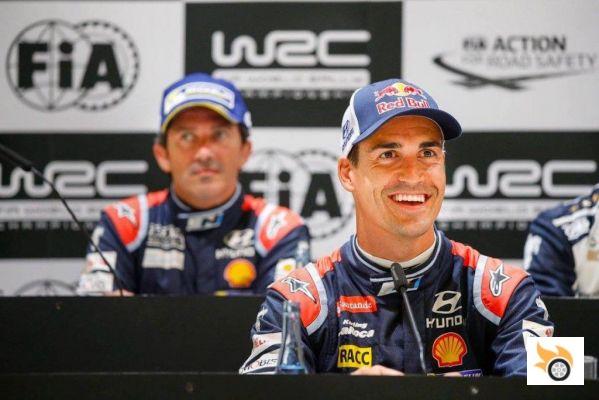 His consistency and high level of self-confidence support this renewal by the Hyundai team. The figures speak for themselves: the man from Torrelavega has competed in 26 rallies with the Alzenau team, finishing in the points in 20 of them, that is, 77% of the times, or in other words, in 3 out of 4 occasions. But Dani doesn't just run with calculator in hand; not even the fact that he didn't finish the Polish rally, and returned to the world championship after the very serious accident in the tests prior to Rally Finland, which kept him out of that event in order to recover from his vertebrae injury, made him think about securing fourth place points rather than fighting with Neuville and Mikkelsen and risking an accident. "Dani is a motivated and consistent driver, who helps us to improve on and off rallies," commented Michel Nandan, team principal. "Now we can look to the future to make even more positive progress."

Not for nothing does Hyundai have the most experienced driver on the current grid. 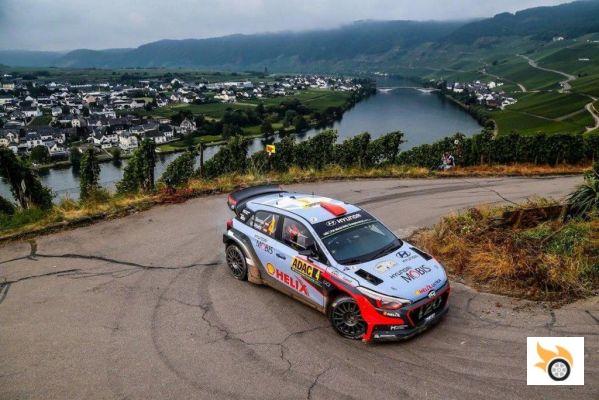 After Neuville's podium in Monte-Carlo, Paddon's podium in Sweden and the two wins on gravel (Paddon in Argentina and Neuville in Italy), it has been proven that this new i20 is competitive on snow, gravel and tarmac. And precisely the latter is what the Spaniard is best at, and he is looking ahead to the next round of the Corsica Rally in October (the China Rally in September has been cancelled due to damage to the roads where the event was to be held) with a hunger for victory, being the only official member of the Hyundai team who has not yet climbed to the top of the podium with the Alzenau-based team:


The car has come a long way from Monte-Carlo to now, and it's going much, much better. I am confident. Corsica and Catalunya are rallies I like, I think we can fight for the win. Last year we were close and the car was worse than this year. I'm looking forward to it and I'm going to try.

With the most experienced driver in the world championship, and one of the budding stars of the championship in the person of Hayden Paddon, tied until the end of the 2018 season, Hyundai seems to have the basis of its lineup perfectly defined for the coming years. We are only left with the doubt of a Thierry Neuville who, without a current contract and after his irregular end of the campaign last year that relegated him to Hyundai's second team, there has been talk for some time that he might be interested in leaving the South Korean team. In fact, the double chevron brand has recently stated that the Belgian driver is being considered to drive one of its C3 WRC next year. 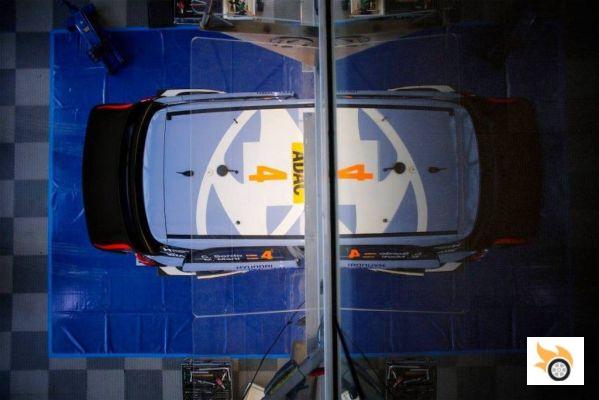 What is clear is that the Hyundai team has taken a leap forward with this new i20, delayed in its arrival in the world championship by internal conflicts regarding its homologation as a 3-door or 5-door car (the update for next year recovers the original 3-door decision). But with Citroën's sporadic participation this year, it's hard to judge the team's true performance ahead of the 2017 regulations change, as Kris Meeke's two wins this year have come on rallies where a delayed starting position is incredibly advantageous (on dirt, as the first cars pass, they sweep the road of dust and loose earth into more compact surface areas, giving more traction to the later starters), and it remains to be seen whether in similar conditions the i20 can be quicker than the DS3. For if Hyundai hasn't been able to make a big enough step up, it may be overtaken in 2017 by Citroën, who have focused their efforts this year on a new car to become world champions again.


It will also be interesting to see on what terms Toyota lands in the world championship, with development full of overlaps for its contender, the Yaris WRC, between Toyota Motorsport GmbH's base in Cologne, Germany (home of the team that competes in the WEC) and Tommi Mäkinen Racing's base in Finland. No less interesting will be the future of Volkswagen in the sport, publicly questioned after the diesel emissions scandal to cut costs, and now in the process of adapting after the departure of the boss Jost Capito, to change not team, but championship to return to Formula 1, where he was already during the 90s, and become CEO of McLaren Racing. 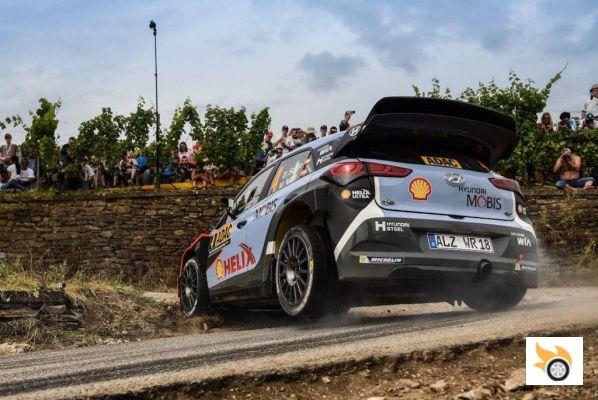 For the time being, we hope that the Hyundai team prepares well for the three remaining events this year, because for next year, it only seems likely that the Polo WRC will remain at the top. The rest, is an unknown that we must let time, clear.

add a comment of Hyundai renews Dani Sordo's contract until 2018