This 130 hp engine is not the same as the one in the Civic despite its similar power -the Civic's engine is a 1.0 three-cylinder- but the same as the one found in the HR-V, without turbo. We can choose with this engine the continuously variable CVT gearbox, whose operation has also been revised. The familiar 1.3-litre 102 PS engine will continue to be available in all other versions of the Jazz range. There are still no diesel engines.

The design has also been updated to match the brand's new design language. The front end now looks more like the Civic and CR-V, although the overall design hasn't changed much from the previous generation. There is a new color available called Skyride Blue. 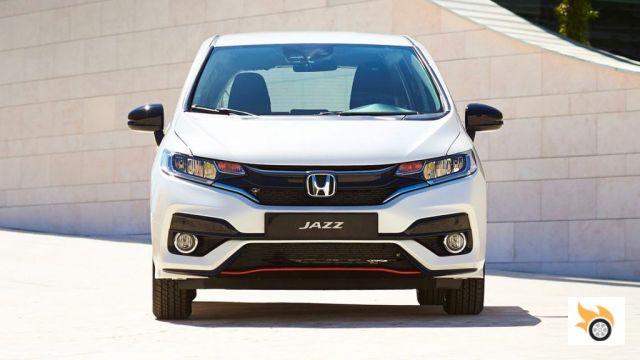 The Dynamic version has aesthetic differences, with a narrower front splitter below the now-lower grille and a three-blade diffuser on the rear bumper painted in red. It also adds LED headlights, front fog lights, side skirts, a tailgate spoiler and 185/55 R16 alloy wheels in gloss black. The interior features specific upholstery and the steering wheel and gear knob have orange stitching.

The interior features the Honda Magic Seats system, which allows the rear seat bench to be folded over the backrests, giving it good modularity and practicality, as is usual in the brand's models. The boot has a capacity of 354 litres, which can be increased to 897 litres by folding down the rear seats. 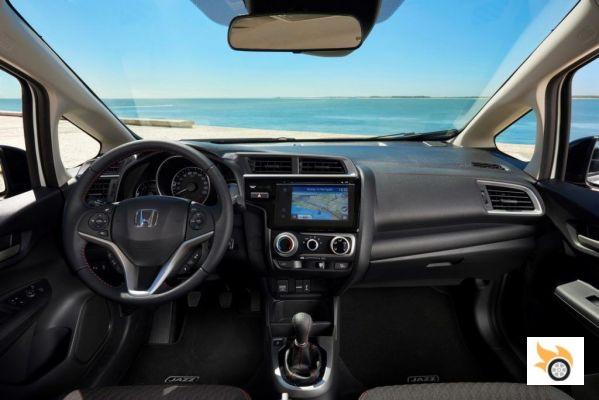 Possible rivals for the Jazz are the Nissan Note, Hyundai ix20, KIA Venga and Ford B-Max. All of these models are slightly larger, but the Jazz is more spacious, reaching the level of larger MPVs in some dimensions.

The restyling of the Jazz will be presented at the Frankfurt Motor Show to be held from 14 to 24 September this year. Later the brand will release more details about its equipment and price.

add a comment of Honda Jazz gets updated and gains power