Global NCAP does not like Renault Mégane advertising in Uruguay 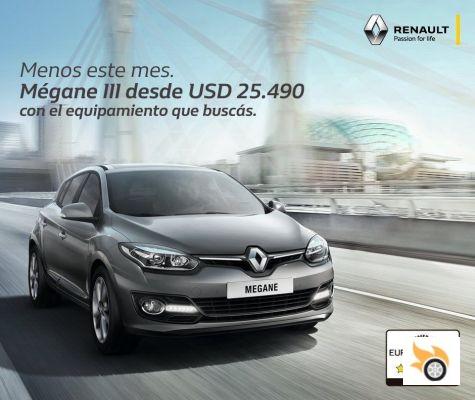 For a start, the Mégane is advertised as having five EuroNCAP stars under the 2015 protocol, and that's flatly untrue. The third-generation Mégane wasn't tested in 2015, but the fourth-generation Mégane, which is way ahead in engineering over its predecessor. That, for a start.

Moving on. Renault uses the EuroNCAP score because its Latin American counterpart, Latin NCAP, has yet to give Renault any five-star results. The body has tested the Clio Mio (Clio II), Duster, Fluence and Sandero. The best performer was the Fluence, with four stars, based on the Mégane III. The Fluence also scored four stars in EuroNCAP (2011), although we're talking about the electric version (Fluence ZE).

So, it smells very strange all this. In 2008 the Mégane III got five stars in EuroNCAP, but the same model, with the 2014 protocol, dropped to three stars. Was it a worse car? No, the protocol is tougher, and since 2008 it has become much harder to get full stars. After some changes by Renault, it got the fourth star, but not the fifth!

In conclusion, Renault's Uruguayan division is trying to play its customers for fools by giving a model a safety score that corresponds to the new model. Global NCAP has protested directly to Carlos Ghosn by letter, demanding the withdrawal of the advertising, and have asked him to give a unit for testing at Latin NCAP and prove that it deserves that fifth star (or not).

EuroNCAP and Latin NCAP do not use the same methodology! The results are not directly comparable

What's more, we shouldn't make the easy mistake of thinking that the Mégane III made in Spain and the one exported from Turkey have exactly the same level of safety, as the homologation standards are not the same, and maybe not the equipment either. If the "Spanish" Mégane and the "Turkish" one were the same, piece by piece, Renault should be able to get that fifth star in Latin America. But it's funny, in Europe most of the range has all the stars, and in Latin America it doesn't, and the European tests are tougher!


8000vueltas prepares a 2017 with several surprises for fans ❯