From oblivion to auction: a unique abandoned Ferrari 365 GTB/4 Daytona

It was equipped with a 4.4-litre engine with twelve cylinders in V at 60 degrees derived from the one fitted in the Ferrari 330. The engine was placed in front position and the traction was to the rear wheels. It reached a speed of 280 km / h and accelerated from 0 to 100 km / h in 4.2 seconds.

Of this model the Italian brand manufactured just over 1,200 units in the coupe version and 122 of the spyder between 1969 and 1973, of which only six were manufactured with aluminum bodywork instead of steel. Of these six units, five of them were destined for competition and the remaining one remained "street". Let's know its history. 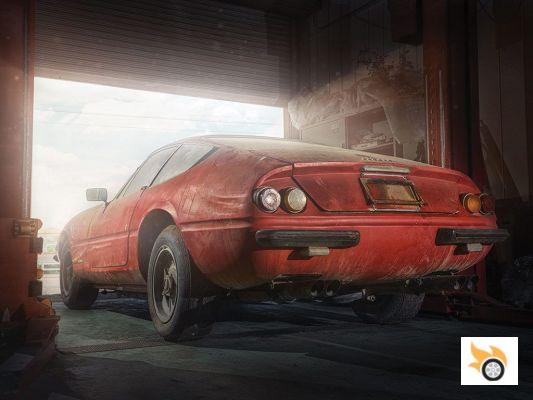 The car was ordered in September 1970 by the dealer Motor S.p.A. di Carla Allegretti located in Bologna and that same month it was bought by Luciano Conti, founder of Autosprint magazine and friend of the founder of the brand Enzo Ferrari. A year after buying it, Luciano sold it and it passed through several owners until 1971, when it was imported to Japan. There it also passed through several hands, the last ones were those of Makoto Takai, owner of this unit since 1980. Since that year little or nothing was known about the car, and some even doubted the existence of this unit.

Its state is of total abandonment, as can be seen in the photos, however it is in original condition and has never been restored. It has only slight aesthetic changes. During these years many enthusiasts of the Maranello brand have searched and tried to buy this unit without success.

The car, which had been abandoned in a barn for more than 20 years, will be auctioned by RM Sotheby's along with other models of the brand on September 9 at the Ferrari Leggenda E Passione event, which will be held in Maranello to commemorate the 70th anniversary of the brand. 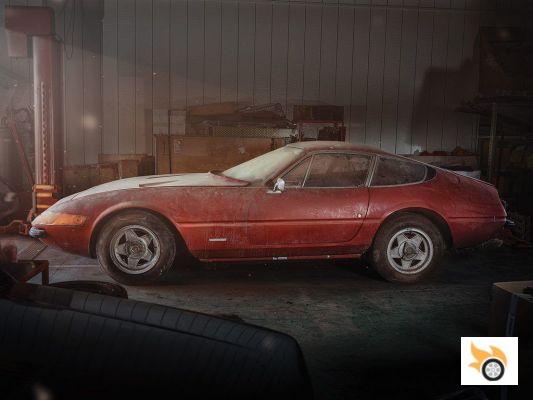 As usual in these situations, the car has been analyzed by an expert to verify that it is indeed the unit we are talking about. The odometer shows 36,390 kilometres.

RM Sotheby's estimates that the purchase price will be between 1.4 and 1.7 million euros, however it is a unique unit in the world. We can't wait to see it clean, restored and shining as it used to be. Do you want more pictures? You have them RM Sotheby's.

add a comment of From oblivion to auction: a unique abandoned Ferrari 365 GTB/4 Daytona