Despite this, I think we have to thank Ferrari - and the wealthy patrons who are going to buy the J50 - for treating us to one of the most beautiful, creatively designed cars we've seen in recent years.

A work of art? Some say that a car will never be a work of art, because they claim that for an object to be considered art, it must not fulfil any function?

Well, if we take into account that the J50 probably costs ten times as much as a 488 Spider, and that -apart from its design and styling- it adds practically nothing over the base model, I would say that the J50 bodywork is close to being a work of art, because apart from its aesthetic function, nothing justifies all the effort to create this car. 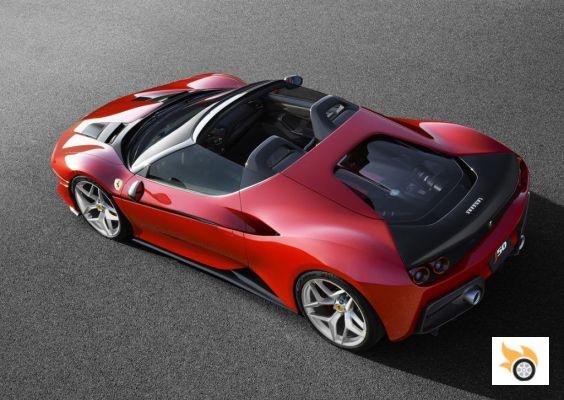 On closer inspection, it's easy to see the J50's inspiration in the racing barquetas of a few decades ago, and also in the black slit around the front half of the car, a detail pioneered by the 308 and BB, which I've always loved. But at the same time, the roadster is very innovative in aspects such as the treatment of the front end, in the sculpted side panels, in the fantastic way in which the beltline surrounds the car behind the roll bars, or in the simple and three-dimensional transparent engine cover, which forms a graphic whole with the rear spoiler and the roll bars?

Perhaps a little inspired by the incredible Pininfarina Sergio, the sharp and sharp front end gives me back my confidence in supercar designers, just function, minimal lines... the shapes of the lower part of the doors are so beautiful and suggestive that make you wonder how it's possible that nobody has thought of designing them like this before... Also very interesting are the arches over the wheels, and the way the rear ones continue the lines of the side air intakes.


Less is more, and the short rear overhang, with its shapes that tend to minimize the volume contributes to the drama of the rear area. And so I could go on for a long time, because the J50 doesn't have a boring corner, and all this, without falling into the ridiculousness of some other supercars, designed for customers with more money than taste... 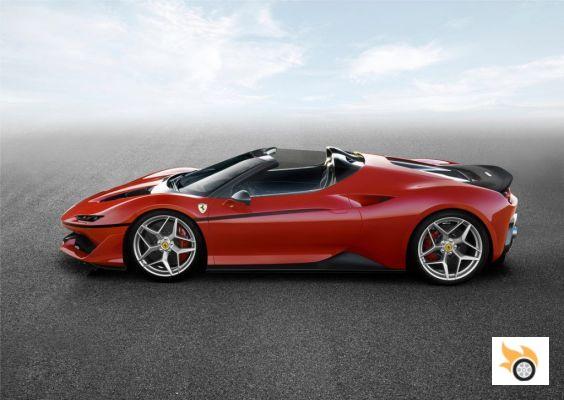 Don't be in a hurry, enjoy the -few- photos of the J50, and the inspired proportions and delightful details.

Good news? True, the J50 is out of reach of the vast majority of pistonheads, but its innovative, clean, functional, and well-balanced language is sure to set a precedent, and I would be surprised if such a successful exercise in design and styling remains just that.


I hope its styling influences the next Ferrari, that would be good news. No, it's not that I'm saving up to buy a Ferrari in five or ten years time, but it's always nice to see beautiful cars, and besides, let's not forget that it's a brand that has always been a trendsetter in sports car design.

Well, I guess you've already deduced that I liked the car quite a lot, how about you?