In the US, the generation born in the 80s and 90s is called "millennials", and they represent the bulk of car buyers in the coming years. Although motley, it is a generation fond of new technologies, a generation that does not waste, and increasingly sensitive to environmental issues.

Well, aware that they are their market, Chrysler has designed the Portal Concept with the collaboration of millennials of its staff, and thinking about millennials, that is, thinking about the car of the future in the medium-short term.

What's interesting about the Portal Concept

Mechanically, the car is purely electric, and announces a range of over 250 miles (400 km) by placing the batteries under its floor. This architecture - which looks set to be the standard for electric cars - allows it to offer a similar roominess to the Voyager, but with less length.

FCA says that the Portal Concept is not a 100% autonomous car, but it will allow semi-autonomous driving in certain conditions (highway) which seems very realistic, and underlines the idea that we are facing a reasonable vision of the car of the future in the medium term.

Of course, the car has all the gadgets imagined and yet to be imagined related to connectivity and cameras, of course! 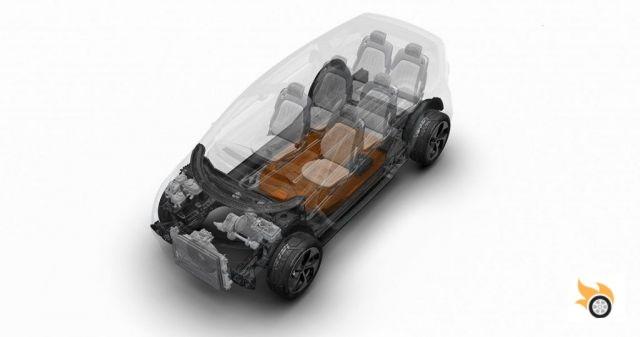 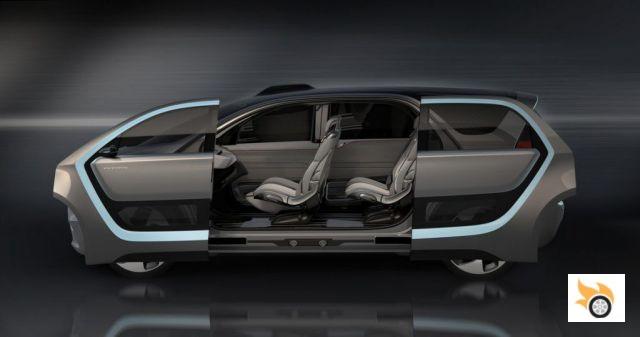 Designed from the inside out

The aim was to design a car that would serve both families - it has six seats - and young people without children with hobbies that require transport space, and also as a means of shared public transport or business, and how could it be otherwise, they have come up with a minivan...


Thanks to its mechanical architecture, the interior has a completely flat floor, on which two parallel rails have been arranged, on which six seats - or other transport accessories - can be mounted and removed in any position, an intelligent, simple and modular solution.

The interior has a relaxed, simple and luminous design, almost minimalist, in which the design of the dashboard stands out, very clean and elegant. A screen runs along its entire top, being located in a position that favors a perfect visibility, a simple, practical and elegant solution at the same time. And since they were in a futuristic mood, they couldn't resist designing one of those "space" design steering wheels, an idea that comes back from time to time, but that may become a reality when the cars are semi-autonomous...

An interesting aspect are the doors: all sliding and open leaving a wide access area. I have my doubts about whether they could be taken to production as they are, as the absence of a fixed B-pillar complicates structural rigidity in the event of a side collision, but I think the sliding front door would make getting in and out of the car much easier, and I think it's a very good idea, because -with traditional hinged doors- getting in and out of the car is awkward in the -increasingly- common battery parking lots. 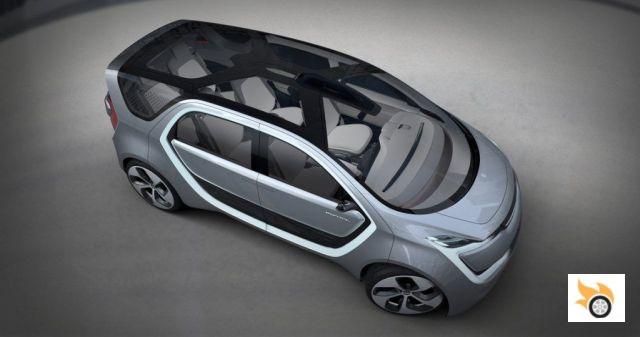 Of course, the Portal is not one of those cars that suggest speed, its proportions make it very difficult, but Chrysler - leader in the market for family minivans in the US - understands that the "average millennial" will not be looking for a car with an aggressive look.


What the design of the Portal does do very well is to disguise its size with doors that form a very clean hexagon, a motif that is repeated in the shape of the tailgate and graphics that give the car a dynamic look, and not at all monotonous. Perhaps the monotony in the side view has been the aspect that -not always consciously-, has influenced more in the loss of market share of these cars, that and the absurd fashion of designing more and more aggressive looking cars.

What doesn't convince me and in my opinion spoils the whole is the motley front design, which doesn't even fit with the rest of the car, a car that doesn't need to look aggressive. I don't understand why they haven't designed a clean and coherent front end with the rest of the design, but well, that would have to be fixed if they were to go ahead with the project? 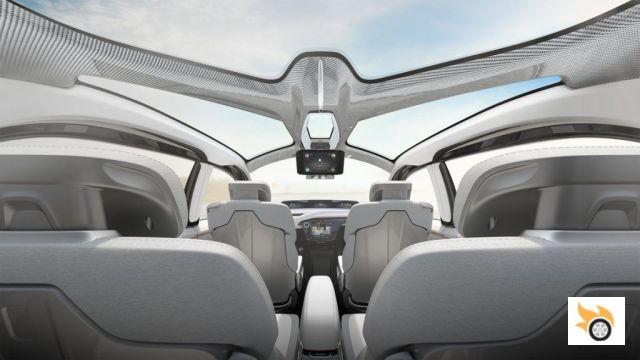 Will this be the car of the future?

Surely there will continue to be guys who continue to demand exciting, fast and short cars, and others who need a car that makes it clear that they are the "Alpha Male" of the road, but the world is changing, and with it, the way of understanding the car. The arrival of the electric car, semi-autonomous driving, and the fact that aggressive driving is becoming increasingly less socially accepted, will result in a change in the way of perceiving the car and the way of driving, and this will affect its philosophy and design.

I think these changes will translate into a return of the minivans, and also in a turn in the design of cars, which will gradually stop expressing aggressiveness and power, to start suggesting friendliness, technology, quality, and comfort, and that's why I think Chrysler is right when it thinks that more and more people will look for logical, practical, comfortable, spacious, modular cars... that is to say: minivans.

Now we just need to make them attractive and stop them looking like a van, and the Chrysler Portal is a good step in that direction, a step that is also technically quite realistic.