The many electronic goodies that have been included in the 7 Series are not being enough to attract buyers, and BMW is having to give in on its lucrative sales margins (they exceed 10% per car) through higher discounts. The design is very conservative - something as German as the Paulaner - and lacking a certain emotional factor. Also, the next generation Audi A8 remains to be seen, which will be superior in semi-autonomous driving capabilities to its other two German rivals in the F-segment.

So BMW needs to stimulate sales, and for that new variants are needed. The example to follow is the S-Class, in its category the best-selling car in the world. This Mercedes-Benz not only has a sedan variant; it has coupés, convertibles, and an even more luxurious version (Maybach). In addition, there are those with the AMG badge. In other words, the menu has more options, and there's a mix of high volume and more range. Round business. 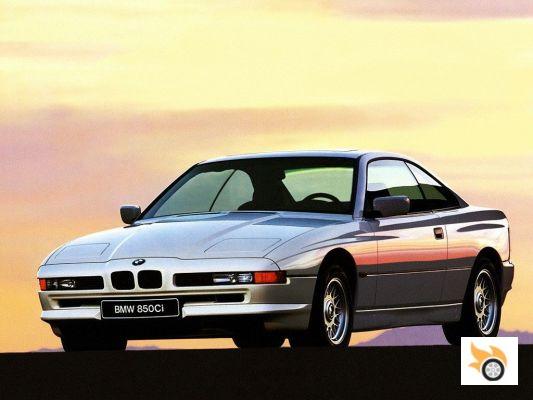 According to Bloomberg, before the end of the decade we'll see a coupe version of the 7 Series, namely an 8 Series Coupe. In recent years BMW has repositioned several models, the odd series are more streamlined and higher volume, the even series are for higher prestige and higher priced cars: Coupé, Cabrio and Gran Coupé (Active/Gran Tourer are an exception). There was the 8 Series Coupe in the past, one of the icons of the '90s dandruff era and the yuppie executives or purists who could afford its thirsty gasoline engines. The next-generation 8 Series will share many mechanical elements with the 7 Series, which is the rational thing to do.

A more luxurious version of the 7 Series to rival Maybach was already confirmed by Klaus Froehlich (BMW's head of development).


In other words, this hint only adds fuel to the fire of rumors about the return of the 8 Series. In terms of image, industrialization, range growth and every other consideration, the 8 Series Coupe makes sense. It will be able to sell more expensively, at a higher margin, albeit at a lower volume. Half a car is already done!

And what about the 7 Series based SUV?

There's the fat growth of the 7 Series to make way for the X7 SUV, another turretless tank aimed primarily at those North Americans (and Arabs, Chinese, Russians...) with the idea that they need three rows of seats in a BMW and a mammoth size. There is a little known precedent in the Munich brand of a powerful, fast, spacious, and heavier than a brother-in-law talking about football, this one:

It's the Rail Zeppelin or Schienenzeppelin, an experiment from the era of the Third Reich (early '30s). This high-speed train -or wingless plane- had 580 hp, a top speed of 230 km/h, and of course it had plenty of space for luggage and passengers. The downside is that it needed rails, and that only one prototype was made, which ended up being scrapped before the war started. The BMW X7 will have similar power in top-of-the-range versions, a top end in that range, and will be closer to 2.5 tonnes than two. If everything has been invented already...

The X7 Series will be manufactured in the United States, where most of them will end up driving and opening holes in the asphalt.

More than one reader will think I'm delirious for not having slept more than three and a half hours, but ultimately I'm not wrong. BMW, like its premium rivals, while making some of the most agile and comfortable cars in the world, are also spawning a family of degenerate spawn that want to be sporty, but huge and heavy. In other words, they want sumo wrestlers to win medals in track races. It's bullshit, but really good bullshit, because there's a demand for it.


The market trend of making huge SUVs out of luxury SUVs won't just be about General Motors or Ford and the Yankee culture of excess. Among those who have joined and will join: Porsche, Bentley, Lamborghini, Rolls-Royce... At least Ferrari, Koenigsegg or McLaren remain as manufacturers of de-por-ti-vos.

BMW's 2 Series MPV is a big hit in Europe ❯